“These are all lies. The prophet (Muhammad), peace be upon him, came as a mercy to the world,” the daily al-Riyadh newspaper quoted al-Sheik as saying.

A HARDLINE cleric linked to Somalia’s powerful Islamist movement has called for Muslims to “hunt down” and kill Pope Benedict XVI for his controversial comments about Islam.

Sheikh Abubukar Hassan Malin urged Muslims to find the pontiff and punish him for insulting the Prophet Mohammed and Allah in a speech that he said was as offensive as author Salman Rushdie’s novel The Satanic Verses.

“We urge you Muslims wherever you are to hunt down the Pope for his barbaric statements as you have pursued Salman Rushdie, the enemy of Allah who offended our religion,” he said in Friday evening prayers.

“Whoever offends our Prophet Mohammed should be killed on the spot by the nearest Muslim,” Malin, a prominent cleric in the Somali capital, told worshippers at a mosque in southern Mogadishu.

“We call on all Islamic Communities across the world to take revenge on the baseless critic called the pope,” he said.

An op-ed in an Arab newspaper says the Pope’s comments could lead to war.

The litany of their complaints about how badly they are mistreated by the world grows daily. Benedict is just the most recent invocation in that insane litany.

It is laughable to witness the angry, violent demonstrations denouncing any suggestion that Islam is an angry, violent religion. It is hilarious to observe the wails of victimhood and oppression as Islam’s religious leaders call for killing Jews and Christians; beheading those who insult Islam, even as their own rhetoric isn’t so much insulting as it is directly threatening the rest of the world.

Tigerhawk is fed up:

For my part, I am sick of “Muslim rage.” Whether inspired by the pope or Danish cartoonists or the clumsy use of the word “crusade” by a Western politician, there is simply no defense for the behavior of these imams and their followers. It is barbaric, and everybody who is not barbaric or an unreconstructed apologist for barbarians knows it. The Muslims who commit arson and mayhem in response to some Westerner speaking his opinion — and the pope, as leader of the Roman church, is exactly that — have chosen to act as enemies of reason, peace, and everything that is good in the world.

I am not especially saddened to see the brouhaha that is gaining strength over Benedict’s speech. Whether he is “media savvy” or not, Benedict has managed – in his very scholarly fashion – to apply a very hot drawing poultice to the enormous and festering boils of both radical Islamism and rampant secularism. At the very least, it will cause some Muslims to insist that distinctions be made between them and their more extreme co-religionists, and it may rouse the West to examine how cavalierly it has tossed off the “shackles” of Christianity only to open itself up to the scimitar. Perhaps some will look at the spires of their great cathedrals and wonder if they really want to see them replaced with minarets.

We have no end of dhimmis. We need men like Benedict and other leaders to tell the truth, rather than to submit to Islam’s violent outbursts. His predecessor did the same when he challenged the evil of Communist oppression, speaking out against its totalitarian demands and standing up to its agents of violence. He almost paid for that with his life, but his example helped demonstrate the truth he spoke to a world that was only too eager to collaborate in order to save themselves from violence — and in the end, truth won out over both Communism and violence.

And there it is. The apoplectic reaction of the Muslim world, which is barely in first gear of course, couldn’t be a better testament to the continuing verity of the Byzantine Emperor’s observations; no matter whether 1,500 years ago, 700 years ago or at the present day. Lost is the Pope’s powerful call for an urgently needed dialogue between the religions of peace and Islam.

Please Put Your Sexuality Back Inside the Box
Pope Benedict XVI? Glad I voted for him 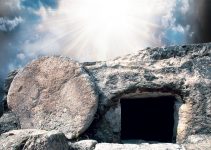