Attorney General Barr has appointed US Attorney John Durham in Connecticut to investigate the origins  of the counterintelligence investigation of the Trump campaign to find out if it was “lawful and appropriate.” From Fox News:

John Durham, the U.S. attorney in Connecticut, will conduct the inquiry, the source said. The move comes as the Trump administration has pushed for answers on why federal authorities conducted the surveillance — as well as whether Democrats were the ones who improperly colluded with foreign actors.

Two sources told Fox News earlier today that Barr was “serious” and had assigned DOJ personnel to the probe. Durham is known as a “hard-charging, bulldog” prosecutor, Fox News is told.

Sources familiar with matter say the focus of the probe includes the pre-transition period — prior to Nov. 7, 2016 – – including the use and initiation of informants, as well as potential Foreign Intelligence Surveillance Act (FISA) abuses.

An informant working for U.S. intelligence posed as a Cambridge University research assistant in September 2016 to try extracting any possible ties between the Trump campaign and Russia from George Papadopoulos, then a Trump foreign policy adviser, it emerged earlier this month. Papadopoulos told Fox News the informant tried to “seduce” him as part of the “bizarre” episode.

According to the Fox News report, Durham is reputed to be a bulldog of a prosecutor who has a history of investigating law enforcement corruption.  He investigated the CIA for destroying video tapes as well as the FBI’s ties to mobsters in Boston. Sean Davis has more on that score:

John Durham is an outstanding choice for special prosecutor investigating 2016 pre-election activities—his selection further demonstrates Bill Barr’s tenacity and determined desire to get to the truth and restore credibility at the top tier of the DOJ and FBI.

Investigating The Investigators
Weekend Caption Contest™ Winners Week of May 10, 2019 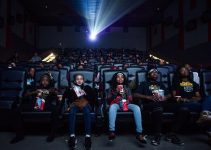