This week’s Weekend Caption Contest™ clarified the Las Vegas shootings as much as anything. The assignment this week was to caption the following picture: 2) (fustian24) – Your husband has pretty much killed the NFL. Any chance he could do something about cricket?

4) (jim_m) – Melania: I speak 5 languages but there still isn’t a word for this kind of stupid.

5) (yetanotherjohn) – … and is it also true they are made of brass and clank when he walks?

(David Robertson) – “The UK has the Brexit. The USA doesn’t have Hillary as POTUS. We both win.”

Honorable Mention(s):
(Joe_Miller) – I recognize Ellen, but who’s that with her?

(rodney dill) – I’m not sure what’s going on in the picture… but I’m pretty sure it’ll be followed by a caption pointing out that Hillary still isn’t President. 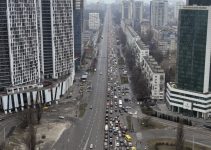 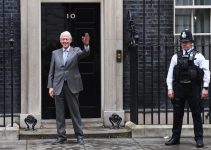