Home
Attention Whores
First Round Up of the New Year!

My New Year’s Resolutions as a blogger: I refuse to cover any of the following this year: however, if anyone or anything listed below just absolutely invites/demands a snide remark or smack down of some kind they will get what they richly deserve.

I will not report anything on Angelina Jolie, Brad Pitt, Jennifer Anniston, Paris or Nicki Hilton, Lindsay Lohan, Brittany or Jamie Lynn Spears except long enough to ask “Why are you so “shocked!” that you’re pregnant? You were having unprotected sex what did you think would happen?”

I know there’s a lot going on in election coverage and I’m not ignoring it, except today, I found other fun things to look at.

And there ya go. I hope everyone has a fantastic New Year! Let’s blog!
[Edit: I also resolve to check my typing/spelling/linkage a bit more closely.) 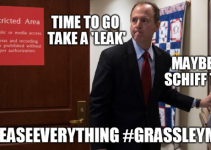