The Palestinians voted these terrorist thugs into power because they were tired of Fatah’s corruption. This is what the Palestinians have foisted upon themselves. From The Corner:

It was less than two months ago, after the violent takeover of Gaza, that Hamas spokesmen took to the op-ed pages of American newspapers to proclaim that despite all the suicide bombings and summary executions, Hamas intends to create a good-government, pragmatic Islamic state in Gaza. Ahmed Yousef wrote in the Washington Post that “Palestinians want, on their terms, the same thing Western societies want: self-determination, modernity, access to markets and their own economic power, and freedom for civil society to evolve.” On the same day, Yousef wrote in the New York Times that “Our sole focus is Palestinian rights and good governance.” Another spokesman wrote in the LA Times, “Gaza will be calm and under the rule of law — a place where all journalists, foreigners and guests of the Palestinian people will be treated with dignity.”

None of this, of course, has happened, and the news that has been trickling out of Gaza over the past few days portends an even bigger horrorshow. Yesterday Hamas banned “unauthorized” public gatherings, and this morning clubbed participants at a pro-Fatah protest; Hamas is intimidating journalists, shutting down media offices, and confiscating cameras and film; the purge within Gaza continues, including gun battles with Islamic Jihad and persecution of Fatah members; and on Friday, security thugs violently broke up a wedding celebration that was attended by members of Fatah, beating people and driving trucks through the party (video of this barbarism is on Youtube).

This, unfortunately, is not a surprise. Terrorism is Hamas’ nature; good governance is not. 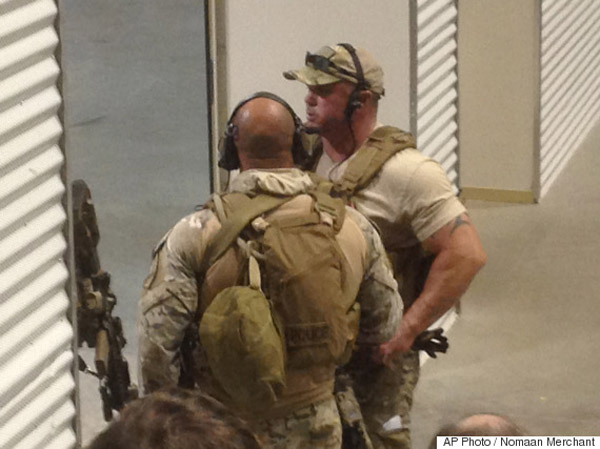