This week’s Weekend Caption Contest™ was another smashing success as we proved that amoebas are not below all creatures on the IQ scale. Speaking of which, how’s that Russian Collusion conspiracy theory working out for the left? The assignment this week was to caption the following picture: 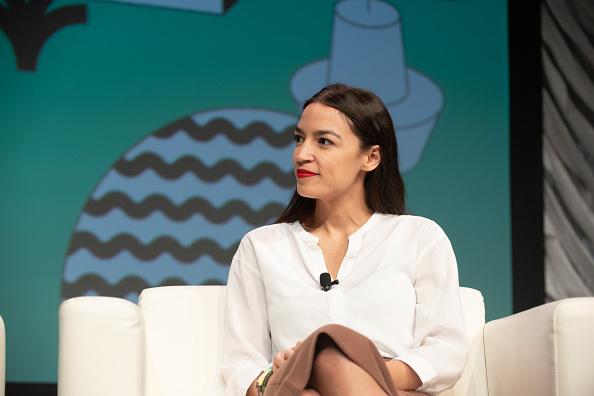 (RadiCalMan) – “How do you like my new commissar of the snowflakes outfit!”

4) (Joe_Miller) – “She’s not flying. She’s not in an SUV driving two blocks to her office. She’s not eating a burger. And she’s not talking. It takes a snapshot like this to catch her not being a hypocrite.”

(yetanotherjohn) – “Look at her all dressed in white … she looks like she’s ready for her first communism.”

(RockThisTown) – ““Yes, free college for all . . . except the electoral college b/c we’re doing away with that one!””

(Paul Hooson) – “Most surprising moment? She had a “Sharon Stone” moment onstage and some swear they saw a Hitler mustache…”

(Retired military) – “Interviewer “So AOC what do you think of the first woman to be a major party Presidential candidate”
AOC “Okay, who was that?’
Interviewer “I was talking about Hillary Clinton”
AOC “Who?””

(Kenny Moore) – “Now Al at the bar is a friend of mine,
She gets me health care for free,
She’s kind of a joke, and easy to poke,
But there’s someplace that she’d rather be
She says, “Bill, climate change is killing me”
As the smile took over her face
“Well I’m sure I could be the next Stalin,
If I could get out of this place”” 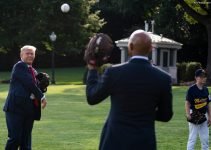