Politico just published one of those articles that always drives me crazy where the media takes one or two examples of something and then tries to turn that into some sort of massive wave where in truth it is no such thing. This time Politico is saying that because three people left mainstream journalism to become media critics, that must mean there is a “career path” for disaffected journalists to fame and success.

The Politico story titled, “Media career path: Cry ‘media bias’,” is written by Dylan Byers and is loosely formed around the departure from CBS of excellent investigate journalist Sharyl Attkisson. Then the article segues to Bernard Goldberg and John Stossel both of who left big three network jobs to become Fox News analysts who often criticize the media.

The premise of the story is presented in the third paragraph:

It’s an increasingly well-traveled path: Over the course of the past two decades, a handful of journalists have left mainstream media jobs while decrying what they saw as an inherent bias in their own industry. Among them: Bernie Goldberg, John Stossel, and Doug McKelway–all of whom found a home at Fox News, a cable news channel that markets itself on the premise that the media is unfair and unbalanced.

I say the story is loosely formed around Attkisson because she has only taken the first step in that so-called new “career path,” so lauded by Politico. She quit CBS but has otherwise not done anything else at this time. So, to say she is following that “career path” is premature.

But the conceit in the piece using Attkisson at all isn’t even the point of criticism of this bad article. The point is Politico’s Byers takes the experiences of three guys who left mainstream media to become media critics and tries to turn that into some sort of ” increasingly well-traveled path.”

No, it isn’t any sort of “increasingly well-traveled path.” We’ve got three guys who have done this in the last 50 years. THREE GUYS!

Three guys do not an “increasingly well-traveled path” make.

It is flatly absurd to claim that this is some sort of trend. There are tens of thousands of people working in the news media. And Politico gives us less than half a dozen people who left mainstream journalism to make a new career as a media critic and present that as a trend? This is nonsense.

No, what we have here is a Politic’s Dylan Byers starting with a premise and then writing an article to “prove” his point by making wild assumptions and ignoring reality.

And that right there is typical of the news media. 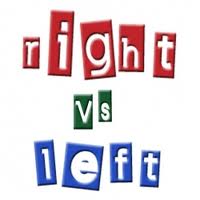