Here is an interesting story. Filled with he-said-he-said accusation. New Mexico police chief Shane Harger recently attended an event in Las Vegas held by a group that urges police officials to be mindful of the U.S. Constitution in the execution of their duties. But upon returning home from the convention, Harger was suddenly fired from his job as the chief of Jemez Springs, New Mexico because, he says, he has been called a “terrorist” for believing in the Constitution.

Chief Harger attended the Las Vegas gathering of the Constitutional Sheriffs and Peace Officers Association (CSPOA) to hear what the group had to say about its goals. Harger says he’d never attended such an event in the past and until the Vegas event was not a member of the group.

On the way to the CSPOA event, though, the chief suddenly found that his name had been placed on some sort of watchlist by the Transportation Security Administration (TSA) and he was harassed by TSA agents as he tried to board his plane.

Harger reported that when he got to the airport a man who briefly flashed a badge and claimed to be a “federal agent” (from what agency he would not say) informed the police chief that he was a “person of interest” and that he had to be detained.

The reason given by the TSA for his detention was that Harger was carrying a legally issued driver’s license under the name Braxton Haze, a name that Harger said he was using because he had been involved in a “high-profile” investigation that threatened his safety when he was a deputy in Valencia County. So he had his name legally changed during that time period. (He left law enforcement for a time after the 2013 case, but when he was hired by Jemez Springs he was hired under his real name.)

Harger was held for thirty-five minutes and his interrogation was video taped. He was not charged with anything and subsequent attempts to get a copy of the video have been ignored by the federal government.

While at the CSPOA event, Chief Harger signed the Resolution of the Constitutional Sheriffs and Peace Officers Association, a pledge that police officers will, “obey and observe limitations consisting of the enumerated powers as detailed within Article 1 Section 8 of the U S Constitution and the Bill Of Rights.”

When Chief Harger returned home, however, he discovered that Sandoval County, NM Sheriff Douglas C. Wood had intervened with his city, Jemez Springs, and demanded that the city fire the chief and disband the police department.

After this story was broken by Sam Bushman of the website Liberty Roundtable, the local newspaper made to “correct” some of the facts of the incident noting that Sheriff Woods did not disband the Jemez Springs department nor fire Chief Harger because, in fact, the Sheriff has no such power to do so.

The paper also stated that the Chief had not been fired. But Harger himself reported that he was brought before a meeting of the town council and told he was fired and that his firing was decided in a closed-door meeting to which he was not a party.

“I have been terminated I have been fired at council meeting tonight they let me go with no reason as to why,” Harger told Bushman on February 12.

Still, it appears that the city reversed itself and decided to put him on “desk duty” pending further actions. But even at that Harger told the media that the city demanded that he take away the badges and IDs from his officers.

Harger still insists that his treatment is tied to his association with the CSPOA, but city officials dispute that.

So, what do you all think of this morass of a story? 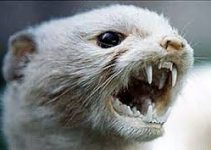