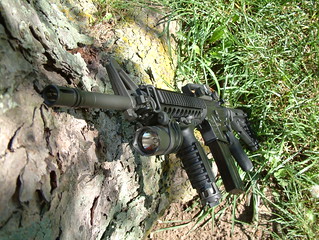 Last year, in the aftermath of the Newtown shootings, Mike Bloomberg’s gun control operations turned their sights to Colorado and their Democratic infrastructure. Needless to say the Democrats came through and passed some sweeping and completely useless new gun control laws, banning things like “high capacity magazines”.

It turns out that a company called Magpul has their corporate headquarters in Colorado and Magpul is a major manufacturer of things like high capacity magazines. Before the vote on the legislation Magpul’s CEO put the state on notice: pass this legislation and we will move out of Colorado.

The legislature passed the bill, the Governor signed the bill. Yesterday Magpul’s CEO made an announcement.

“Moving operations to states that support our culture of individual liberties and personal responsibility is important,” said Magpul CEO Richard Fitzpatrick, who started the privately held company in 1999 from the basement of his home in Longmont, Colo. “This relocation will also improve business operations and logistics as we utilize the strengths of Texas and Wyoming in our expansion.”

Fitzpatrick is taking about 400 jobs and $85 million in local economic activity with him.

It must really gall Mike Bloomberg and his gun grabbers to see this gem.

The move is a particular coup for Texas Gov. Rick Perry, a Republican who openly wooed gun companies based in states considering restrictive laws to consider the Lone Star State as a base.

“As you consider your options for responding to unwarranted government intrusion into your business, you may choose to consider relocating your manufacturing operations to a state that is more business-friendly,” Mr. Perry wrote in an open letter to more than two dozen gun companies in February. “There is no other state that fits the definition of business-friendly like Texas.”

Mr. Perry said Thursday that he was “proud that Magpul is the latest employer to join the ranks of companies that call Texas home.”

Bloomberg was among the frontrunners when it came to making fun of Governor Perry as he’s made his way around the country to deep blue states pitching Texas’ business environment. Count this one as a big win for Perry and a big loss for Bloomberg and his ilk.

Magpul isn’t the only firearm based company that’s leaving Colorado either.

Magpul isn’t the first Colorado company to relocate in Wyoming.

“We’ve got 30-plus other, existing companies that are in this business, in this industry,” Jensen said. “So what is says is, ‘Look, you’re in this business, you want to be here long-term? Wyoming has the cost structure and regulatory environment that you can thrive in for the long haul.”

Democrats. They never found a job they weren’t willing to destroy. And Republican Governors are more than willing to welcome those jobs to their states.