Sure the last debate is tonight, the problem is that it’s not really the debate the American public wants to see. From Foreign Policy Magazine:

The fact is that voters simply don’t care about foreign policy this year and it’s an issue that will almost certainly have very little impact on how they cast their ballot. Recent national polling is instructive in this regard. According to the most recent NBC News/Wall Street Journal poll, only 6 percent of voters consider foreign policy and the Middle East the most important national issue; terrorism scores even lower at 1 percent. A CBS/New York Times poll from early in September doesn’t include a single foreign policy topic among the list of issues chosen by voters as most important to them.

It is striking that at a time when voters suggest they are overwhelmingly concerned about a host of issues other than foreign policy, the third and final 90 minute meeting between the two candidates will be dominated by a topic that the electorate is barely interested in and which only tangentially affects their daily lives. A debate devoted exclusively to health care or the future of Social Security, Medicare, and Medicaid would be a far more useful civic exercise.

The reason isn’t only one of voter interest. The reality is that foreign policy just isn’t as important as it used to be. Obviously, crises can emerge and there are important issues to address, but we are living in a time of relative peace and security around the world; the United States faces no serious foreign threats; terrorism, while never a serious challenge, has diminished even further; the chances of getting involved in another overseas war are not non-existent, but they are pretty slim. The world that the United States inhabits is a remarkably safe place with a set of global normative shifts that advance U.S. national interests. Moreover, our ability to affect events in other countries — and the desire of the American people to do so — is far more limited than we like to acknowledge.

Foreign policy and national security questions are still worth asking — after all, foreign policy stewardship is a pretty important part of the job of president. It’s just that in an election in which the divide between the candidates on economic, fiscal, and social issues is so great it’s worth spending a hell of a lot more time on that than on foreign policy. 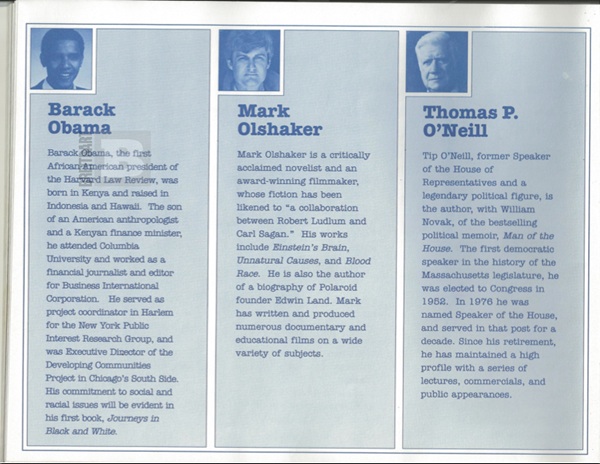