Home
2012 Presidential Race
The Atlantic Says GOP Leader Hopes Minorities Don’t Vote, But He Didn’t Say That at All

The Atlantic illicitly portrayed GOP House Speaker John Bohner as saying that he “said out loud he hopes blacks and Latinos ‘won’t show up’ this election,” but a look at what Boehener actually said proves that The Atlantic is purposefully misleading its readers.

In its headline, The Atlantic Wire story for August 27 screams, “Boehner Says Out Loud He Hopes Blacks and Latinos ‘Won’t Show Up’ This Election.”

If John Boehner really did say that he hoped that blacks and Hispanics wouldn’t vote this election that would be quite an incendiary thing to say, for sure. It would rightly bring condemnation down on the Speaker’s head. And The Atlantic is saying flat out that this is what Boehner said.

It wasn’t just the headline, either. Even in its lead paragraph The Atlantic characterized Boehner’s comments as wishing minorities won’t vote. (My bold)

House Speaker John Boehner is the most prominent Republican to admit, out loud, that his party’s strategy for winning in November doesn’t suppose that the GOP can win over some black and Latino voters, but hoping they won’t vote at all.

But this is simply untrue because, as The Atlantic itself quotes Boehner, he was saying something quite different.

In other words, Boehner was saying that Obama hasn’t excited black and Latino voters and he hasn’t served their interests so he, Boehner, thinks they won’t turn out to vote for Obama. He wasn’t saying he hopes minorities won’t vote he was saying the President has failed to give them a reason to vote for him.

The Atlantic’s writer purposefully misrepresented what John Boehner said, here. Plain and simple. As Duane Lester says, “the headline and the first line are complete fabrications.”

Not only that, but The Atlantic found itself being programmed by an extremist, left-wing website called Talking Points Memo (TPM) as that is where writer Elspeth Reeve got her quote. Apparently The Atlantic just follows the lead of the far left blogosphere. Hardly the intellectual magazine it used to be, huh?

Then we can add one more effort at misrepresentation of Republicans to this story. Reeve also adds this bit of leftist doggerel:

Boehner wasn’t talking about voter I.D. laws, which are being pushed by Republicans and criticized as disenfranchising minority and poor voters…

Notice the untruthful way this was written?

Reeve’s sentence presupposes that voter I.D. laws are meant to disenfranchise voters because that would be part of Boehner’s premise of getting blacks and Hispanics not to vote. Of course Reeve is right that Boehner wasn’t talking about voter I.D. laws. He didn’t mention them or allude to them at all. And this begs the question, why mention it in the story, Mz. Reeve, if no one was talking about it? Where is the relevance to the reportage of Boehner’s comments?

This was a pretty sly piece of propaganda thrown into what is presented as news. The only reason the voter I.D. law subject was added to the story despite that no one was talking about it was so that Reeve could push the lie that such laws are meant to disenfranchise minorities.

It is one of those “when did you stop beating your wife” attempts at “journalism.”

This entire story is pure anti-Republican spin, not “news.” 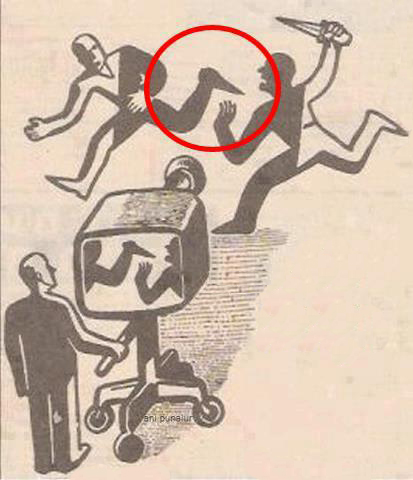