What Were They Thinking? – The G.I. Issue

From an August 30th story published by the Daily Beast:

Georgia prosecutors today will seek the death penalty against three non-commissioned officers based at Fort Stewart who are charged with a 2011 murder and plotting terrorist attacks in the United States.

Tom Durden, the district attorney for Long County, Georgia, who is prosecuting the case, told The Daily Beast yesterday that he would seek the death penalty against Pvt. Isaac Aguigui, Sgt. Anthony Peden, and Pvt. Christopher Salmon, three members of a four-person cell known as FEAR, an acronym for Forever Enduring Always Ready. (A fourth member of the group, Pfc. Michael Burnett, has pled to the less severe crime of manslaughter and is expected to avoid the death penalty.)

Burnett told the Georgia Superior Court on Monday that Aguigui was the leader of a militia that recruited active members of the military and had ordered the murders of a former member of the group and his teenage girlfriend. Prosecutors said Monday that FEAR aimed to overthrow the U.S. government and murder the U.S. president. Specifically, the group planned to poison an apple orchard in Washington State, seize control of Fort Stewart, and blow up a dam, with the aim of ultimately toppling the government.

What made these soldiers believe that they could possibly overthrow the U.S. government?

These particular soldiers fit the definition of “GI” that Foghorn Leghorn gives in a Looney Tunes cartoon. Meanwhile, another American soldier is facing trouble in Canada.

Here is an excerpt from an AP story published by the Washington Post:

A U.S. soldier facing deportation after fleeing to Canada to avoid the war in Iraq said Friday that her biggest fears are being separated from her children and being sent to prison upon her return to the United States.

Kimberly Rivera, who has lived in Canada for five years with her husband and four children, was issued a deportation order earlier this week. Citizenship and Immigration Canada has given her until Sept. 20 to leave the country.

“I’m just overwhelmed. I don’t want to face reality. I respect Canada’s laws and I will still proceed with what it is that I have to do, but I’m trying to take it one step at a time so I don’t have meltdowns like earlier,” said Rivera, who stepped away during a press conference Friday when she became visibly upset.

That Rivera doesn’t want to face reality is obvious.  The U.S. Army is an all-volunteer organization.  If Rivera does not want to do the job of a soldier, then why did she volunteer to become a soldier? Also, if she is a U.S. citizen, then why does she respect Canadian law but not U.S. law? Finally, during a September 2nd interview with Chris Wallace on Fox News Sunday, Los Angeles Mayor Antonio Villaraigosa (who is the 2012 DNC chairman) mentioned that the 2012 Democratic National Convention would have diversity and that it would be a working convention.

The mayor’s comments remind me of a scene in the Dilbert comic strip in which Wally complains to Dogbert about a work issue.  Wally asks, “What happened to diversity?”

Do you suppose that Dogbert has explained what Mayor Villaraigosa was talking about?

Even if he hasn’t, Dogbert has certainly summarized one variation of presidential politics: Weekend Caption Contest™ Winners
The Atlantic Says GOP Leader Hopes Minorities Don't Vote, But He Didn't Say That at All 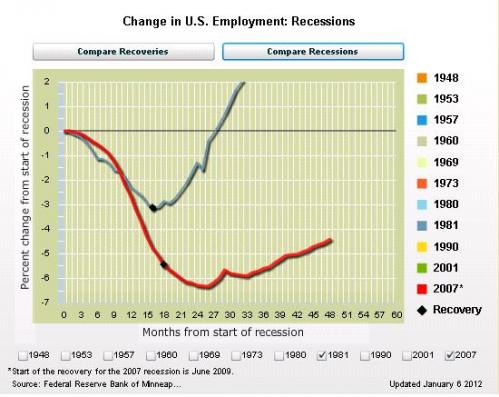