Home
2012 Presidential Race
Having Your Cake And Eating It

Recently, Pajamas Media posted an article discussing who would most likely be Mitt Romney’s running mate against President Obama. As I read it, I found myself growing angrier and angrier. Not a single vote has been cast yet for the nomination, and yet here we have the GOP ruling elite telling us who is going to win. And next November, it will be Mitt Romney and Bob McDonnell against Barack Obama and (presumably) Joe Biden.

How nice of them to save us all that anguish of making up our own minds. I guess those of us who don’t particularly want that ticket can just go pound sand.

But as I read the article, and subconsciously compared it to my own arguments about Newt Gingrich for vice-president, I started to notice something: most of Ms. Adams’ arguments revolved around what McDonnell would do to help win the election, and very little about his suitability to carry out the office.

I was reminded, of all things, of the board game “Risk,” and one of the most important lessons I ever learned in — and from — that game: “don’t take more than you can hold.”

In this case, it demonstrates something that has bothered me for some time: how much weight is placed on what a prospective veep “brings to the ticket,” and little about how much he or she “brings to the administration.” The best example of recent years is (forgive me) Sarah Palin, whose suitability for vice-president was dwarfed by what she provided in a boost for the McCain campaign.

And let me clarify: “suitability” does NOT mean the same as “qualifications.” Palin was more than qualified for the job, but I saw it as a waste of her strengths. Further, the only prescribed duty for the veep is “preside over the Senate,” and in that sense a career political executive is at a bit of a disability. The last veep who had never served in Congress was, I believe, Spiro Agnew — another governor. (Lemme see… Senator Biden, Representative Cheney, Senator Gore, Senator Quayle, Representative Bush, Senator Mondale, Senator Rockefeller, Representative Ford… yup.) McDonnell spent 14 years in the Virginia legislature, but that’s not quite the same.

On the other hand, Gingrich doesn’t bring much beyond his own supporters to the ticket… but could be a tremendous asset to the administration. As a former Speaker, he knows how things are done on Capitol Hill, still knows a lot of the people up there, and has a lot of good will he can draw upon. (A lot of ill will, too, but he wouldn’t be Newt if he didn’t.) Gingrich is also a hell of a potent speaker, and his history of a walking idea factory who often fails on follow-through would actually serve him well in a job where he has no official powers and duties beyond what the president deigns to bestow upon him.

The one concern I have is that Gingrich is an exceptionally strong-willed individual, and would need a very strong president to keep him in check. For example, he would steamroll right over Obama or Carter or Gore, and I think even the first President Bush would have had troubles with him. Luckily, if there’s one trait the current crop of leading Republicans have in spades, it’s force of will — I think that Romney, Cain, or Perry would all be able to keep Gingrich from going out of control.

And come on, folks, think about Gingrich the debater. As delightful as it would be to see him totally shred Obama, it would be almost as satisfying to see him destroy Biden.

Color Me Green With Envy
"It makes eminent sense" 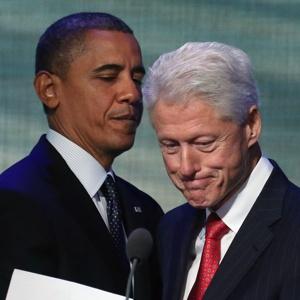