This week’s Weekend Caption Contest™ was another monster hit with 180 entries. The assignment this week was to caption the following picture: 2) (Clay) – “Barry was reasonably alarmed when after a week he realized that nobody was looking for him in this hide and seek game gone horribly wrong.“

4) (Maggie Mama) – “Damn, with all those people in the hallway, it won’t be easy sneaking out to the golf course.“

5) (IowaRight) – “In what could clearly be a foreshadowing of the coming two years, Obama is almost 100% sure it was Boehner who left the burning bag of dog poop outside his door…“

The Readers Choice Award this week went to Pretzel Logic’s winning entry. In its place we honor one more excellent caption: 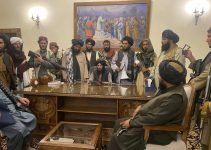 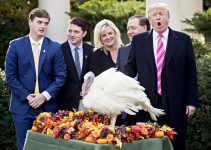