Home
Israel
Who was funding the Gaza flotilla?

The Turkish organizers of the Gaza Strip-bound flotilla that was boarded this morning by Israeli commandos knew well in advance that their vessels would never reach Israeli waters. That’s because the organizers belong to a nonprofit that was banned by the Israeli government in July 2008 for its ties to terrorism finance.

The Turkish IHH (Islan Haklary Ve Hurriyetleri Vakfi in Turkish) was founded in 1992, and reportedly popped up on the CIA’s radar in 1996 for its radical Islamist leanings.  Like many other Islamist charities, the IHH has a record of providing relief to areas where disaster has struck in the Muslim world.

However, the organization is not a force for good. The Turkish nonprofit belongs to a Saudi-based umbrella organization known to finance terrorism called the Union of Good (Ittilaf al-Kheir in Arabic). Notably, the Union is chaired by Sheikh Yusuf Qaradawi, who is known best for his religious ruling that encourages suicide attacks against Israeli civilians.  According to one report, Qardawi personally transferred millions of dollars to the Union in an effort to provide financial support to Hamas.

In 2008, the Israelis banned IHH, along with 35 other Islamist charities worldwide, for its ties to the Union of Good.  This was a follow-on designation; Israelis first blocked the Union of Good from operating in the West Bank and Gaza in 2002.

Interestingly, the Union of Good may not only be tied to Hamas. Included in the Israeli list of 36 designees was the International Islamic Relief Organization (IIRO).  In 2006, both the U.S. government and the United Nations designated the IIRO branch offices in Indonesia and the Philippines for financing al Qaeda.

Though I continue to struggle with the decision to land an underpowered force on a ship filled with terrorist sympathizers, I struggle even more with those who fail to see or worse, are purposely ignoring, the facts that are coming out about the flotilla incident.

Facts like the “peace activists” being armed with knives, clubs, bats, and slingshots filled with marbles.

Facts like the Israel commandos armed initially with paintball guns purposed in subduing the protestors but not causing any harm.

Facts like the blockade being in effect to stem the tide of munitions coming into Palestinian territories to be fired indiscriminately into Israel.  Over 10,000 rockets and mortars have been fired at civilian areas since 2005.

Facts like Israel offering to have the flotilla ships dock at Ashdod where supplies alleged to have been on board could be delivered to Gaza over land routes.

Facts like the humanitarian crisis in Gaza being more a figment of the imaginations of Arabs with an agenda.  15,000 tons of food and supplies enter Gaza each week, to include baby food, milk products and other essential goods.  The UN and Israel being largely involved in those transfers.

The facts are plentiful but will largely be overlooked as the fact of Jew hatred and all it entails are trump.  And make no mistake about it… Jew hatred is strong and getting stronger, emboldened by what they see to be blood in the water and by an American administration doing all they can to add chum. 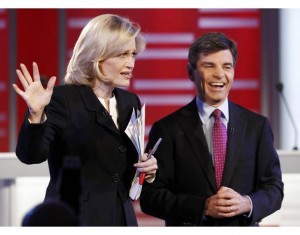