In its pro-Palestinian coverage of the escalated violence in the Middle East, CNN used faked video footage showing Palestinian “victims” of Israel’s rockets being dragged off the streets.

On his November 15 report, Anderson Cooper hosted a report by CNN correspondent Sara Sidner and during the wind up to her report Cooper played a few video snippets of “victims” being dragged off the streets of the Palestinian held areas.

But one of those “victims” wasn’t a victim at all but was instead a man merely acting injured all for the benefit of western cameras.

Worse, this particular faux victim video is a well-known fake. Breitbart already posted about this “Pallywood” theatrical extravaganza and if we knew about it, how could CNN not have known?

CNN isn’t the only Old Media outlet that falls for fake Palestinian videos. There is, for example, a famous video that caused a contentious court case in France back in 2008. It was a fake video supposedly showing a young Palestinian boy named Muhammad al-Dura being shot at by Israel’s Defense Forces. At first, the video caused international outrage, but in time it was proven to be just Palestinian street theater. No Muhammad al-Dura was ever shot at.

The BBC also has a long history of anti-Israel bias.

These faked, “Pallywood” videos will continue to be used by western news organizations because it satisfies their anti-Israel bias. 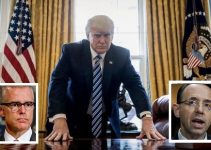