Home
Justice
Polanski Arrested, What Next? Director Roman Polanski was arrested by Swiss authorities in in Zürich today on an arrest warrant for his 1978 statutory rape of a 13-year-old girl in Los Angeles. The media is now speculating that this is good news for Polanski, as he may escape serious punishment and win his freedom.

That really would be a horrible outcome. Why? Just check out the summary of the grand jury transcript from The Smoking Gun:

Two weeks after Polanski plied her with Champagne and a Quaalude, Samantha Gailey appeared before an L.A. grand jury and recalled Polanski’s predatory behavior in a Mulholland Canyon home owned by Jack Nicholson.

The teenager’s troubling–and contemporaneous–account of her abuse at Polanski’s hands begins with her posing twice for topless photos that the director said were for French Vogue. The girl then told prosecutors how Polanski directed her to, “Take off your underwear” and enter the Jacuzzi, where he photographed her naked. Soon, the director, who was then 43, joined her in the hot tub. He also wasn’t wearing any clothes and, according to Gailey’s testimony, wrapped his hands around the child’s waist.

The girl testified that she left the Jacuzzi and entered a bedroom in Nicholson’s home, where Polanski sat down beside her and kissed the teen, despite her demands that he “keep away.” According to Gailey, Polanski then performed a sex act on her and later “started to have intercourse with me.” At one point, according to Gailey’s testimony, Polanski asked the 13-year-old if she was “on the pill,” and “When did you last have your period?” Polanski then asked her, Gailey recalled, “Would you want me to go in through your back?” before he “put his penis in my butt.” Asked why she did not more forcefully resist Polanski, the teenager told Deputy D.A. Roger Gunson, “Because I was afraid of him.”

Following his indictment on various sex charges, Polanski agreed to a plea deal that spared him prison time (he had spent about 45 days in jail during a court-ordered psychiatric evaluation). But when it seemed that a Superior Court judge might not honor the deal–and sentence Polanski to prison–the director fled the country.

Really do you feel sorry for Polanski, being holed up in his native France for all these years? What has he done to earn the right to not serve time for his crime? 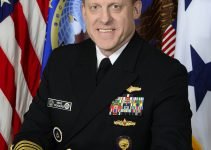