This week’s Weekend Caption Contest™ was another monster hit, benefited by the timely occurrence of “The Beer Summit.” The assignment this week was to caption the following picture: Gates: “At Harvard, we don’t end sentences in prepositions.“

Crowley. “Ah. Mr. Gates, I hope that now you know where your house key is at…ASSHOLE.“

5) (BrentT) – “Sorry we had to meet out here guys. Michelle doesn’t like white guys hanging around the house.“

The Readers Choice Award this week went to fustian’s winning entry. In its place we honor the next highest vote getter not previously selected as a winner:

"The Public Option Is Not Your Enemy " - Oh Really?
Will The 2010 Midterms Become A Squandered Opportunity? 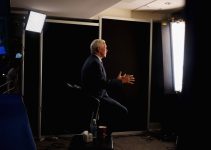