Home
Health Care
The nurse will see you now?

Newly minted nurse Katie O’Bryan was determined to stay at her first job at least a year, even if she did leave the hospital every day wanting to quit.

She lasted nine months. The stress of trying to keep her patients from getting much worse as they waited, sometimes for 12 hours, in an overwhelmed Dallas emergency room was just too much. The breaking point came after paramedics brought in a child who’d had seizures. She was told he was stable and to check him in a few minutes, but O’Bryan decided not to wait. She found he had stopped breathing and was turning blue. 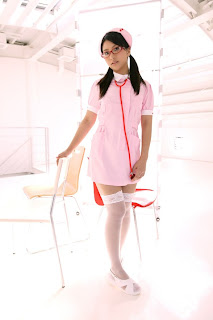 “If I hadn’t gone right away, he probably would have died,” O’Bryan said. “I couldn’t do it anymore.”

Many novice nurses like O’Bryan are thrown into hospitals with little direct supervision, quickly forced to juggle multiple patients and make critical decisions for the first time in their careers. About 1 in 5 newly licensed nurses quits within a year, according to one national study.

That turnover rate is a major contributor to the nation’s growing shortage of nurses. But there are expanding efforts to give new nursing grads better support. Many hospitals are trying to create safety nets with residency training programs.

Nursing is a very stressful occupation. Some people may think they are suited for the work but once they are they are actually doing it, find out the pressure is just too much.

The national nursing shortage could reach 500,000 by 2025, as many nurses retire and the demand for nurses balloons with the aging of baby boomers, according to Peter Buerhaus of Vanderbilt University Medical Center. The nursing professor is author of a book about the future of the nursing work force.

Nursing schools have been unable to churn out graduates fast enough to keep up with the demand, which is why hospitals are trying harder to retain them.

The 500,000 figure I think is lowballing how small the shortage will be. I’ve read it could be 2 million by fifteen years from now. It is probably somewhere in between but either way it is still signifigant.

Ever look at the newspaper help wanted advertisements? Some Hospitals in order to find the nursing help they need, pay 4 and 5 figure bonuses.

The US also imports thousands of foreign trained nurses a year to work in this country. These women and men are usually issued greencards in return.(My sister-in-law is one example) The legal immigration restrictionists fail to fathom what the effect would be on US healthcare if we decreased the numbers of visas granted.

Thank you to Neil Duckett for supplying the photo. That’s gravure idol Nina minami, she was Neil’s J-Babe of the week. She can take my temperature any time.