This week’s Weekend Caption Contest™ found everyone in the Olympic spirit. Turnout was excellent as were the entries. The assignment this week was to caption the following picture: 1) (Tom Blogical) – “The Crappel Horse programs are usually very strenuous, and some of the dismounts can get pretty messy.“

3) (DJ Drummond) – “Typical communist project. Pipes going up, down, and all around, but none actually attached to make it really flush.“

4) (DaveD) – “I completely understand. I stink on the parallel bars too.“

The Readers Choice Award this week was a tie. The winners are:

(Yogurt) – “After hearing what he is full of, Chinese handlers hurriedly prepared for Obama’s visit to the Olympics.” 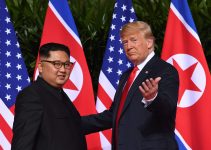