This week’s Weekend Caption Contest™ was another hit. The assignment this week was to caption the following picture: 2) (Eric) – “Unfortunately, Greece can’t even afford a copy of Powerpoint.“

4) (zipity) – “Here we have real evidence of the success of the Grecian Formula….“

5) (IowaRight) – “So as you can see Greece, the opportunity for income is real, but it really explodes when you convince Spain, Portugal and other countries to join you in selling quality Amway products…“

(retired military) – “Mr President the only thing lower than your approval numbers is Greece’s bond rating.” 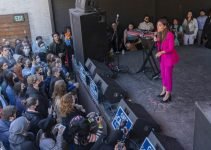