This weeks Weekend Caption Contest™ was a Mardi Gras challenge. I’d hoped that our resident New Orleans editor might chime in on the entries, but that would have required that put down his drink and come in from the balcony, leaving the Captain Morgan girls to fend for themselves. Apparently that was too tall and order… The assignment this week was to caption the following picture: 5) (Stephen Macklin) – “A fourth bride, Katrina Smith, was rushed to the hospital when onlookers began throwing bricks instead of beads.“

The Most Excellent But Completely Out Of Place Award goes to:

Bonfire Of The Vanities #139 - Reminder
Civility in Iraq 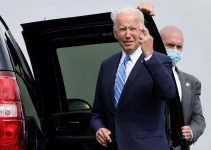