This week’s Weekend Caption Contest™ was another monster hit. Sometimes you run across a funny picture that just screams out “caption me!” and this was just such a photo. I don’t even know when it was taken. Anyway, the assignment this weekend was to caption the following picture: 3) (fustian) – “Obama’s the only candidate who has smaller ears with the hat on.“

5) (Baron Von Ottomatic) – “Obama refuses to wear the mouse ears because they’re just a substitute for real love of Disney.“

The Readers Choice Award this week went to Jeff Blogworthy’s winning entry. In its place I offer another excellent caption you might have missed:

For What It's Worth...On the Polls
Wealth Redistribution An Unattained Civil Right: Obama Interview 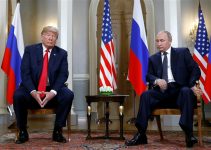