Home
Categories
Riding Out Katrina in the Superdome

If you’ve watched the news, you’ve seen the long lines of people waiting to get into the Louisiana Superdome to ride out the storm. Nobody knows exactly how it will work, but here is an amalgamation of the most probable estimates on what these people will probably face.

It’s a near certainty the electricity will go out about midday Monday. The Dome has backup power but it is only for lighting -no environmental controls- and the backup lighting is not full power. The Dome is about 20 stories high, but people will be scattered all thru it.

If the worst happens -and at this point it seems implausible that it won’t- the bottom 2 stories will fill with water. Dirty nasty foul water full of chemicals and raw sewerage. Further the bathroom facilities are only expected to function for the first day.

So in rough terms, 40,000+ people will be trapped in a building with no plumbing, little light and no air conditioning. The temps after the storm rolls thru will probably be in the low 90s. Considerably hotter in the building.

There is an elevated paved deck that surrounds the Dome. It will most probably be above water but inaccessible until probably daylight Tuesday. Once the people can get out to the deck, they will still be trapped there because the city will be underwater. They will be an island. We have no idea how long it will take to remove the water from the city. I’ve seen estimates from 10 weeks to 10 months… yes months. *

There is a helipad (maybe 2) where choppers can land to drop potable water, food, tents and other supplies, but sanitation will be scarce to put it mildly. We really have no idea how long people will be there.

In theory they can be removed by boat… But how do you move 40,000+ people by boats that will be navigating their way thru a flooded city? And where do you put them?

And this is assuming the building has no structural problems.

These are all guesses obviously- we’ve never done it before. But it is pretty much commonly accepted these people will face days or probably weeks of hellish conditions few of us can imagine.

* Note: The shortest estimate I’ve seen is 10 weeks. I think even that is long. If we blow holes in a few of the levees, the water will mostly flow on its own. But admittedly I’ve never studied it. 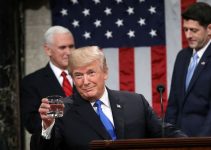