This weeks Weekend Caption Contest™ again had a boatload of entries. Two musical numbers stood out, as you’ll see below… 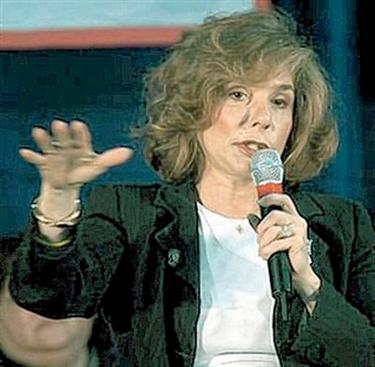 1) (jmaster) – “During a campaign stop at the Berkeley Home for Burned Out Hippies, Terreza Heinz Kerry tries to recapture the karma of their glory days by leading the patients in song:

And its vone, two, fthree,
vhat are vee fightink for?
Don’t ask me, I don’t give a damn
Next stop vill be Iran,

Isn’t it bliss?
Don’t you approve?
My John keeps spinning around,
But his polls don’t move.
Where is the clown?
Send in the clown.

Just when I’d stopped beating the help,
Finally knowing the one that I wanted was yours,
Making my entrance again with my horrible hair,
Sure of my lines,
No one is there.

Don’t you love farce?
My fault I fear.
I thought that you’d give me what I want.
Sorry, my dear.
But where is the clown?
Quick, send in the clowns.
Don’t bother, he’s here.”

3) (spacemonkey) – “And Bush doesn’t want you to be able get cheap raisins and gin from Canada.“

5) (JAB) – “Vell, I umped about dis high off da floor . . . I mean I haven’t been goosed like dat since the Clinton Administwation. And dat’s the last indaview I will evah give Bill O’Wiley!“

6) (Patrick Lasswell) – “Proving conclusively that she will be a change of pace from Laura Bush, Ms. Heinz-Kerry championed her new look, ‘Rode Hard and Put Up Wet!‘“

And the best non caption caption goes to Rodney Dill:

Our opponent displays a certain disingenuity in his plans, his strategies, and in his creativity to succeed. He displays a certain knack for NOT being able to get the job done. He doesn’t have the skills, the knowledge, nor especially the timing for the job. He resents our popularity and can’t handle the truth that others don’t flock to his values and beliefs. He has resorted to vicious lies and personal attacks when confronted with the blunt truth… What, No I’m not talking Dubya and the presidential election, I’m tellin’ you about MamaBitchie and the Wizbang Weekend Caption Contest.

All complaints will be cheerfully forwarded to /dev/null.

Predicting the Media Spin
Some things just shouldn't be outsourced 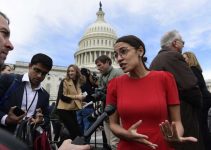 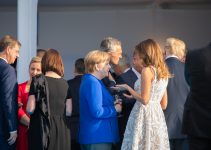