This week’s Weekend Caption Contest™ capped off a great week. I wonder if Nancy Pelosi has any ideas for what next week’s photo could be? The assignment this week was to caption the following picture: 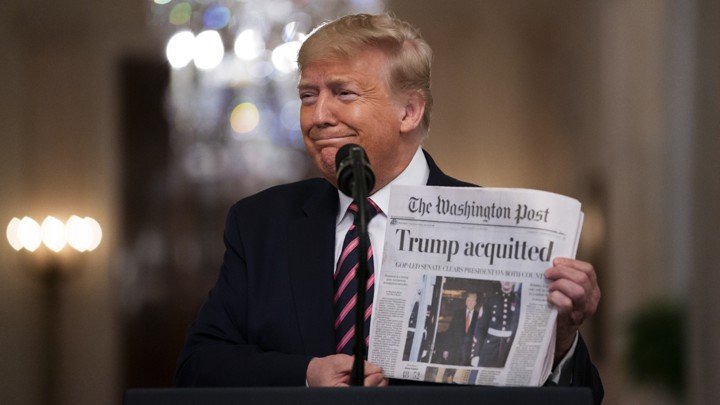 (yetanotherjohn) – “Now that is a Schiff eating grin.”

Iowa Democrats are hoping to find a number of people that know how to count!” 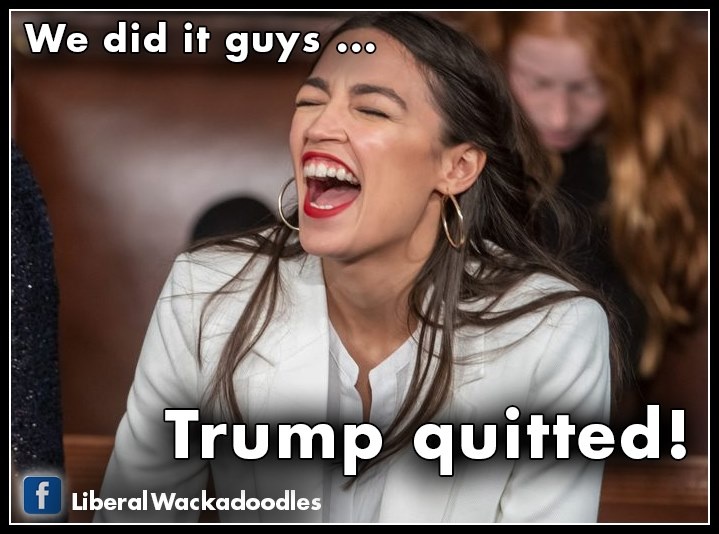 (Vagabond661) – “After President Trump presented today’s paper, you could hear a pen drop.”

6) (RadiCalMan) – “The only non-fake news The Washington ComPost has published this year!”

(Olsoljer) – ““…….and in pursuing my goal in increasing employment numbers, I have created 279 new job openings in the government sector…..””

(guido81_MA) – “I wasn’t surprised by my acquittal, I was surprised to find out that they still print this fish wrapper.”

(Harry Butts) – “Next I’m going to roll this up and slap that dog Pelosi with it for laying a steaming pile of BS in the House.”

(Rodney G. Graves) – “Imagine how painful that headline was for the Compost to print. Imagine how much it hurt Nancy’s feelings. Imagine how it will hurt the Dowager Duchess of Chappaqua when she sobers up. But hey, at least she’s not president.”

(Brian Brandt) – “A few minutes later Nancy Pelosi was seen going over a cliff on a pair of rocket-powered roller skates.”