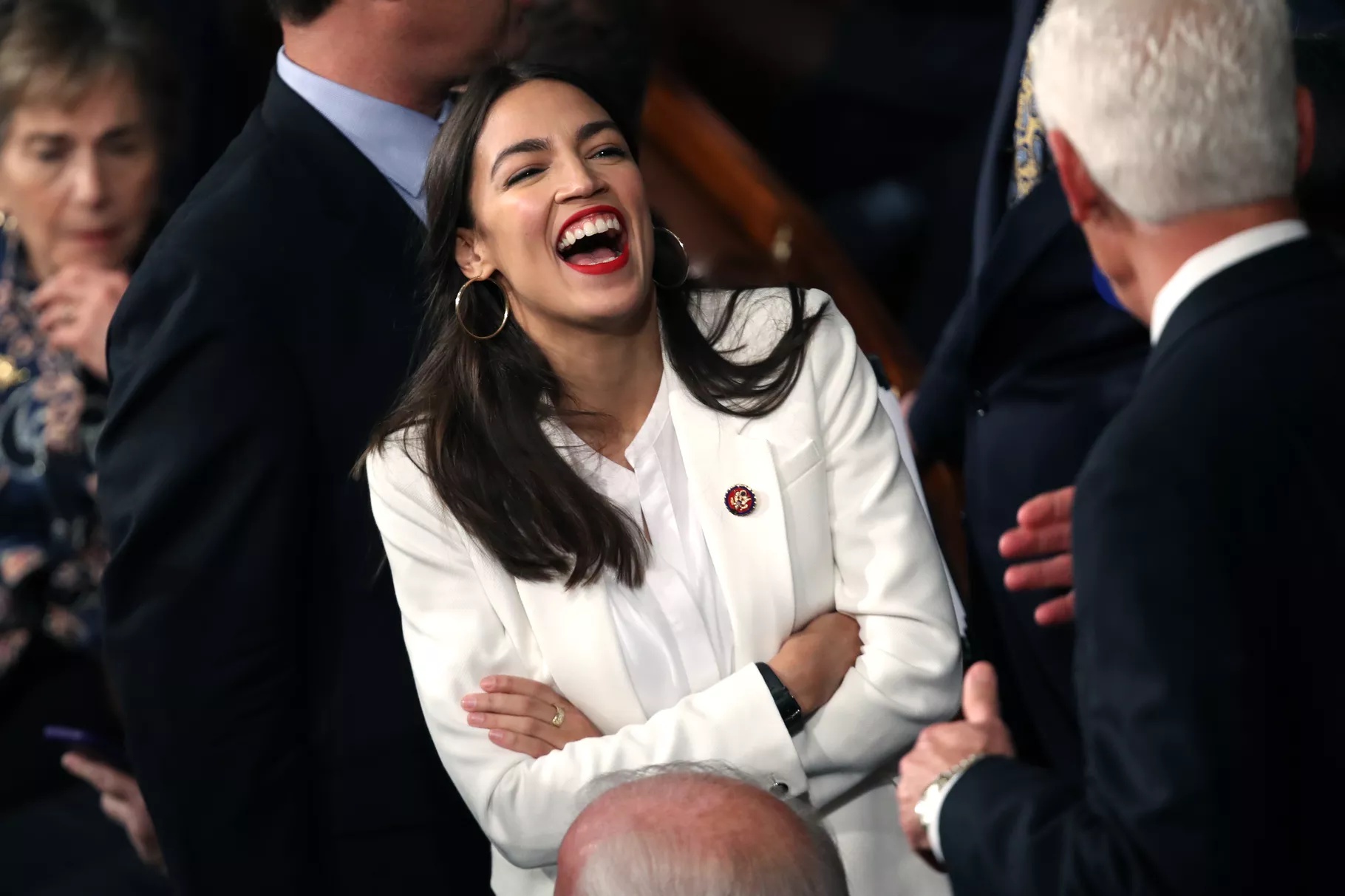 Green Deal lady, bug-eyed lady
Dressed in white, she says “hey, look at me”
Green Deal lady will revolutionize the e-con-o-my
And except for us, everything will be free

Green Deal lady, pinhead lady
Dressed in white, she says “hey, look at me”
Green Deal lady will revolutionize the e-con-o-my
And except for us, everything will be free

2) (yetanotherjohn) – “Someone must have told her a joke yesterday.”

4) (RadiCalMan) – “Useful Idiot, boy Joe Stalin sure got that right!”

(Mike) – “I cross my arms like this because my other jacket has wrap around sleeves!”

5) (Jwb10001) – “So I’m telling my constituents that losing the Amazon deal is good and they should be happy about it….. and they’re buying it. Man I could sell these rubes anything!”

(Coldshatter the Deplorable) – ““They haven’t got Brains, any of them, only grey fluff that’s blown into their heads by mistake, and they don’t Think.”
Eeyore
The House at Pooh Corner”

(Paul Hooson) – “Strangely, at this very moment both OAC and John McCain are sporting the same hideous grin…”

(Joe_Miller) – “There’s never a face-eating alien around when you need one.”

(RockThisTown) – ““Can we go somewhere for a debriefing?””

(fustian24) – “Alex explains that she’s just like Hillary except she doesn’t have cankles and she can still win an election.” 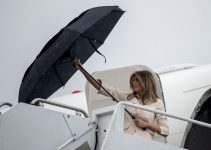