This week’s Weekend Caption Contest™ capped a week that saw the left go absolutely nuts trying to disrupt the Kavanaugh hearings and then turn around and call the President insane. There were way too many excellent captions to honor, so go read the rest of the entries. The assignment this week was to caption the following picture: 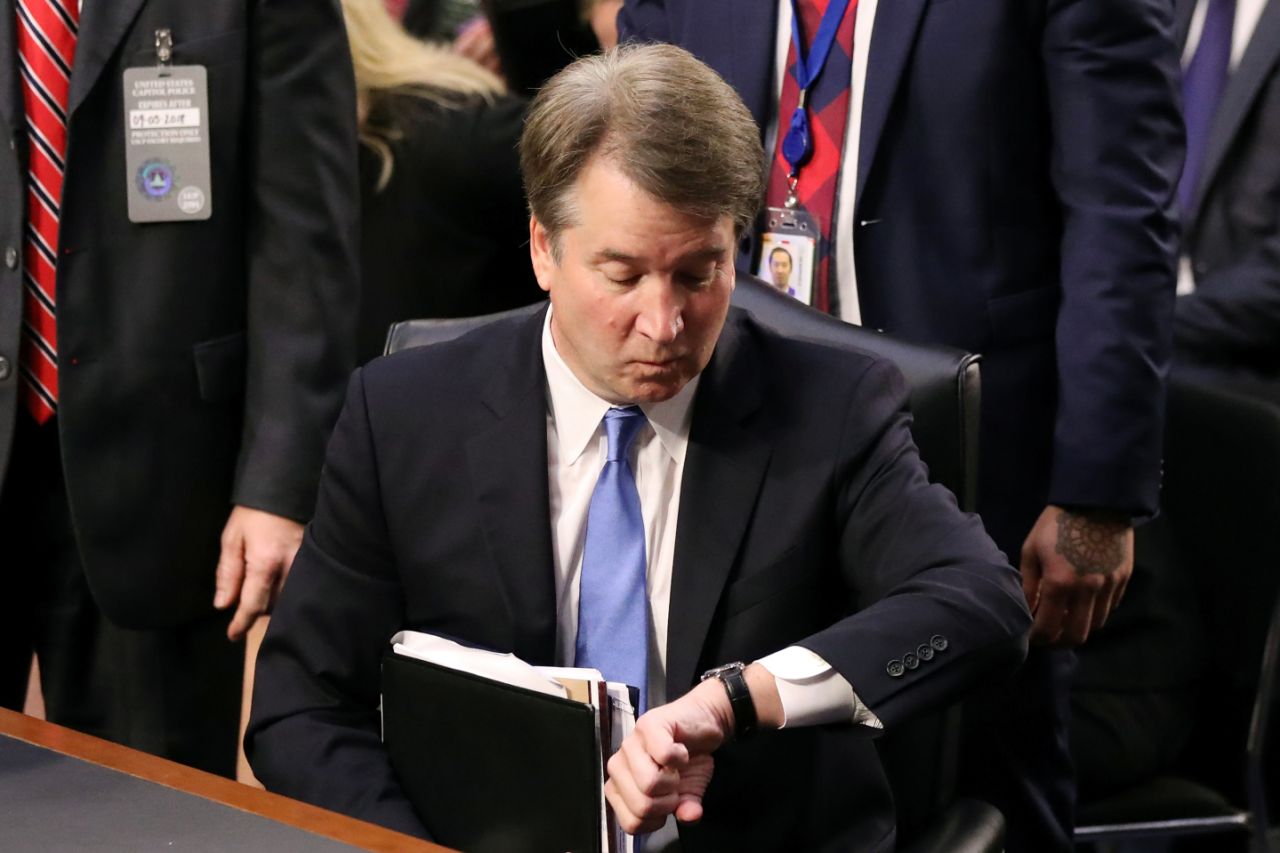 1) (RockThisTown) – “Oh, look at the time. Ten people have probably already died due to his nomination.”

(Brian Brandt) – “Wow! Look at the time. I gotta wrap this up. I’m scheduled to Keep The Black Man Down from Noon to 3 PM.”

3) (yetanotherjohn) – “You know, ramming my fist repeatedly into my face would not only be more productive than the last four days, but would probably hurt less.”

(rodney dill) – ““The answer to your very simple question, Kamala, is that you’re an idiot.””

4) (Retired military) – “Kavanaugh “So Senator Warren, since your question lasted 15 minutes, am I to assume you are running for President in 2 years as well?””

(Rick Adams) – ““How long is this ‘Spartacus’ dude going to keep bleating on and on, seriously…””

(Par4Course) – “Judging by the the Democrat Senators who want to run for President, my watch seems to be 2 years slow.”

(Joe-Miller) – “When did we add Daylight Wasting Time to the mix?”

(guido81_MA) – “Brett Kavanaugh has just about had enough of this Bulova.”

(cathymv) – “Nope, still not time for Hillary to be President!!”

(TheyTukRJobz) – “They imagine themselves like Spartacus, but they’re more like the ferryman in “The Outlaw Josey Wales” or, even more accurately, like Donald Sutherland at the end of “Invasion of the Body Snatchers.””

17 Years On, Are We Really Any Less Prepared? And Open Thread.
An Analysis of the Enemy – That NYT OpEd