Home
Culture Of Corruption
..A Tale Told By An Idiot…

I refer of course to the “Russian Collusion” fixation of the dhimmocrats.  The DNC’s laugh lawsuit, besides being silly on it’s face, will open them up in discovery to an actual forensic examination of their e-mail servers.  Though it would appear that cyber security is not a strong suit for team jackass.

I find myself agreeing with popehat:

Dear DNC: We Need To Talk About RICO

I’m sure you are all very excited about the big boisterous federal complaint you’ve filed against Russia, the GRU, Wikileaks, the Trump campaign, Rasputin, Richard Nixon, Jared Kushner, Al Gore for inventing the internet, and so on.

I’m not going to hector you on all the legal and theoretical problems with your complaint. Other people who are smarter than I am are already doing that.

DNC. DNC, my friend. It’s almost never RICO, and throwing down RICO to signify THIS IS BIG is a move that puts legal strategy behind public relations.

RICO is a complex statute designed to address criminal organizations — by which I mean not organizations that do criminal things in pursuit of their goals, but organizations whose purpose is criminal. Stretched past that, it gets needlessly complex.

Full of sound and fury

We also come to find that it was based on less than nothing.

House Intelligence Committee Chairman Devin Nunes says on ‘Sunday Morning Futures’ with Maria Bartiromo that potential “major irregularities” exist at the State Department with regard to how the FBI found out about the George Papadopoulos meeting with a Russian national that led to the FBI’s original investigation into potential Trump/Russia collusion.

This is really important to us because a counterintelligence investigation uses the tools of our intelligence services, that are not supposed to be used on American citizens. So we’ve wanted to know what intelligence they had that actually led to this investigation.

So what we found now, after investigators have reviewed it is that, in fact, there was no intelligence.

Nunes next speaks about confirming that the “Five Eyes” spying agreement between the U.S., U.K., Canada, Australia, and New Zealand is not the origin of the spying on Papadopoulos, adding: “We are not supposed to spy on each other’s citizens, and it worked well.”

NUNES: As you know, we are investigating the State Department, we think there are some major irregularities at the State Department, and we’re trying to figure out how this information about Papadopoulos, of all people, who was supposedly met with some folks in London, how that made it across to the FBI’s hands.

We know a little bit about that because of what some of the State Dept. officials themselves have said about that.

So we were glad to get this behind us, but as we peel another piece back, it leaves more unanswered questions.

MARIA BARTIROMO: You’re telling us that in order for the FBI and DoJ to launch an investigation into so-called collusion between Trump and the Russians, there was no intelligence used? So I don’t understand, how did this investigation start?

NUNES: I think that is the point. We don’t understand, we’ve never understood. We don’t have access to these finished intelligence products, and we’ve never seen one. We thought maybe one went through a different channel that was kept really secret… well, in fact, after our investigators reviewed this, there was no Five Eyes intelligence product, as has been reported. There was no product. And I think that is a major problem…

This collection extended to include Republican Presidential Candidates in 2015 and on.

This collection continued to be used for opposition research against Candidate Trump.

Upon the Election of Donald Trump the intelligence previously (and in ongoing processes) gleaned from intelligence sources was laundered via Fusion GPS to form the “Steele Dossier.”

The baseless Counter Intelligence Investigation of Popodopoulis and Page were then supported by the Clinton funded “Steele Dossier” as grounds for a Section 1 FISA Surveillance request against Carter Page which, by the nature of the tool (designed to roll up foreign intelligence operations) included Donald Trump and his campaign and policy advisers, as a means of legally justifying the use of National Intelligence means and methods against United States Persons in contravention of Law.

Then again, returning to Popehat’s comment above,  I would argue that the dhimmocratic party has been a criminal organization dating back to the beginning of the Recent Unpleasantness Between The States…

It Seems The FIS Court Is Not Amused
After The Fact Legal Pretext
Tags:Party of Criminals 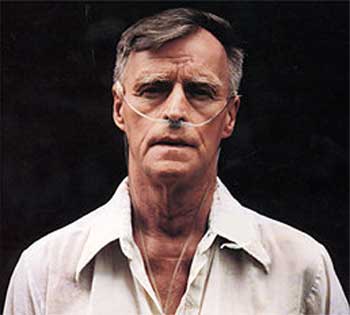