Sentaor Tim Kaine was perhaps trying to emulate Vice President Joe Biden’s obnoxious debating tactics. If so, he succeeded marvelously. He interrupted Governor Mike Pence dozens of times and indelibly marked himself as a spoiled brat for the remainder of the campaign. As the Washington Post observed:

Someone must have told the Virginia senator he needed to always be on his front foot in the debate, always be the aggressor. It didn’t work. Kaine started the debate talking so quickly and trying to load so many Trump attacks into every answer that it made it virtually impossible to grasp any one attack. In the middle of the debate, Kaine seemed to relax into it — delivering an effective attack on Trump’s comments on women. But that Kaine was the exception, not the rule. When he wasn’t trying to stuff 10 pounds of attack in a five-pound bag in his answers, he was relentlessly interrupting Pence.  Every single time Pence started to level an attack against Hillary Clinton, Kaine immediately began to talk over him. I’m not sure if that was on purpose or not, but it didn’t come across well — at all. One glaring example: As Pence was recounting his personal experience on Sept. 11, 2001, Kaine interrupted to say, “I was in Virginia.” Um, okay. Not a good look.

Once he got the ball rolling, Kaine couldn’t stop himself. He insisted that Trump in Phoenix vowed to deport “everybody,” but Trump actually promised to deport criminal aliens. Contrary to Kaine’s ravings, Trump never called all Mexicans “rapists and criminals.” Kaine insisted that stop and frisk “polarizes the relationship between police and communities,” while Clinton claimed that said policy is unconstitutional. Both parties are apparently unaware that the Supreme Court addressed the issue 48 years ago.

Terry v. Ohio, 392 U.S. 1 (1968), was a decision by the United States Supreme Court which held that the Fourth Amendment prohibition on unreasonable searches and seizures is not violated when a police officer stops a suspect on the street and frisks him or her without probable cause to arrest, if the police officer has a reasonable suspicion that the person has committed, is committing, or is about to commit a crime and has a reasonable belief that the person “may be armed and presently dangerous.”

Kaine went on to insist that Trump wants to eliminate the federal minimum wage. Uh, no….wrong again. My issues with minimum wage notwithstanding, Kaine wouldn’t let facts get in the way of what he thought was a good sound bite.

According to Kaine, Trump will only work with Israel if they pay “big league.” The actual quote:

At a news conference in Washington, D.C., on Monday, the Republican presidential front-runner was asked whether he believed the Israeli government should pay for American defense, as he had called for other U.S. allies, such as South Korea, Japan and Saudi Arabia, to do.

“I think Israel will do that also, yeah, I think Israel do — there are many countries that can pay and they can pay big league,” Trump responded.

So, while Trump believes that Israel should help pay for U.S. military defense, he came nowhere near to saying that he would make “big league” money the condition of doing any work with them.

A top minister close to Netanyahu, meanwhile, directly contradicted Obama’s assertion that Israeli security officials now back the accord. “I don’t know to which Israelis he (Obama) spoke recently. But I can promise you that the position of the prime minister, the defense minister and of most senior officials in the defense establishment has not changed,” Tzachi Hanegbi told The Times of Israel.

“The opposite is the case. The time that has elapsed since the deal was signed proved all our worries that, regrettably, we were justified before the deal was made,” said Hanegbi, a minister who works in the Prime Minister’s Office and who until recently chaired the Knesset’s powerful Foreign Affairs and Defense Committee.

“The Israeli defense establishment believes that agreements have value only if they are based on the existing reality, but they have no value if the facts on the ground are the complete opposite of those the deal is based upon,” the Ministry said in a statement.

The Israeli Defense Ministry went on to state:

“The Munich Agreement didn’t prevent the Second World War and the Holocaust precisely because its basis, according to which Nazi Germany could be a partner for some sort of agreement, was flawed, and because the leaders of the world then ignored the explicit statements of [Adolf] Hitler and the rest of Nazi Germany’s leaders,” the ministry said.

“These things are also true about Iran, which also clearly states openly that its aim is to destroy the state of Israel,” it said, pointing to a recent State Department report that determined that Iran is the number one state sponsor of terrorism worldwide.

The Defense Ministry further said the deal reached “only damages the uncompromising struggle we must make against terrorist states like Iran.”

Kaine told an additional truckload of lies, but I won’t reproduce them all. As Governor Pence said during one of Kaine’s rants, “Oh, please. Come on.” This debate was a no-contest in favor of Pence. 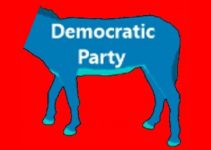