Home
Politics
Stick a fork in Trump because he is done. There is no cure for the Touch of Death, or Dim Mak as it’s known in those cheesy martial arts movies.

Legend and comic books tell us that it is a precise and forceful strike, with delayed yet fatal result, sometimes taking days or weeks to do its work.

It is subtle, quick, almost unseen, and usually delivered by a monk or some warrior priest with a topknot. Uma Thurman used it to great effect in “Kill Bill: Vol 2.” When she was done, she flashed a smirk of wistful sadness.

That’s what happened to Donald Trump’s presidential campaign, which received the Touch of Death from Megyn Kelly, the warrior priestess of Fox News.

Perhaps more concerning for Trump, however, is the portion of women who said they would not support him: 35 percent. It’s the highest rate of any Republican in the field, according to the WMUR poll.

In a blog post published by The Weekly Standard, Stephen F. Hayes writes this:

As he’s abandoned by more rational beings, Trump, a man of deep and evident insecurity, will need these remaining supporters as validation that it’s the world that’s gone crazy, not him. They will encourage him to march on, guided by the misapprehension that there are many more behind them, perhaps hard to see, but following in the distance nonetheless. Trump will tout this support and insist, unconstrained by reality, that he can win. (This is the man who continues to say Hispanics love him and will support him, despite polls showing his favorability among Hispanics in the mid-teens).

If Mr. Trump continues to be unconstrained by reality, then he is going to have to keep his misogynist thoughts to himself, or else he will be in trouble with the woman who will be escorting him to his new room. 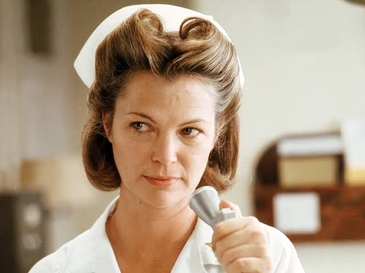