During the latter 1960’s, Hollywood produced a WWII-themed TV series called The Rat Patrol. Now, the California government is forming the fart patrol. Thanks to California Senate Bill 1383, which was signed into law by Gov. Jerry Brown, “The state’s Air Resources Board can also now regulate bovine flatulence, as long as there are practical ways to reduce the cows’ belching and breaking wind.” 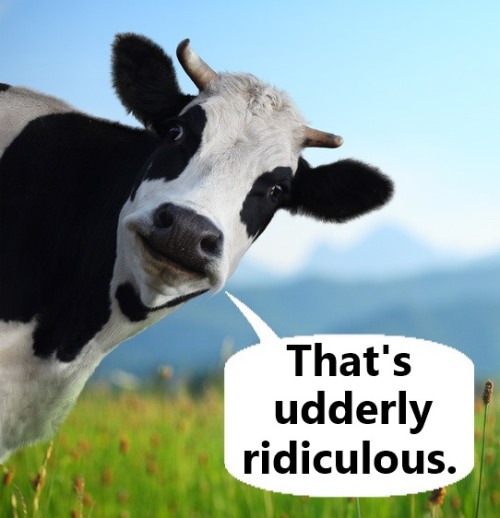 Just how can anyone stop cows from farting?

One wouldn’t be able put a big cork into a cow, because the eventual pressure build-up would send that cork flying into the next county.

Then again, Farmer Brown could keep a few large corks with him in the event that he spotted a prowler on his property. In such a case, he could plug one into Bessie, aim her rear at the prowler and then pull.

Perhaps members of the California Fart Patrol could just reach into the cows and pinch their colons.

That would have the cows asking, If California politicians want to regulate cow farts, then all that I can say is . . . 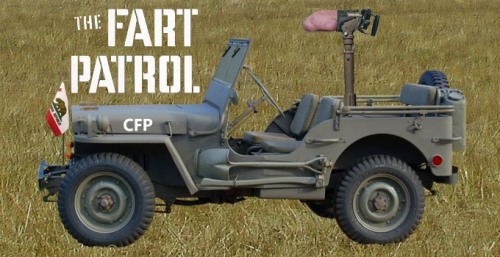