Fox Business Network’s John Stossel released a very disturbing report on the abuses of Americans at the hands of Border Patrol agents who are stopping cars 100 miles inland from our borders all across the nation–not just in the southwest. They are breaking into cars, tazing Americans, detaining them, and then releasing them with no charges after this violent encounter. Meanwhile they are letting Illegals run across the border free as you please!

Stossel found that the U.S. border Patrol is allowed to set up roadblock for 100 miles inland from the outer border of our entire country. But, as it happens, the largest portion of the country’s population lives within 100 miles from a border.

These agents are stopping cars with no cause whatsoever, forcing citizens to answer dozens of question, conducting searches of vehicles and tazing and detaining American citizens if they refuse to comply.

According to the U. S. Supreme Court the US Border patrol is not allowed to stop cars and search vehicles inside the U.S. but they are doing this anyway all across the country. The court has said that the Border Patrol may conduct a “brief” stop only to ask if the those in a vehicle are citizens and that is it.

Meanwhile the U.S. government and its Border Patrol agency are giving free bus rides to illegals, sending them to luxury apartments in Chicago and allowing these disease-ridden people to go where ever they want inside the U.S.A. all the while real, natural born Americans are being beaten, detained, questioned and attacked by Border Agents hundreds of miles away from any border. 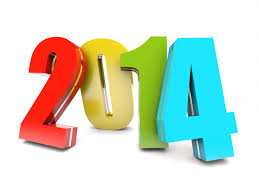