The Wall Street Journal’s Bret Stephens has an excellent, clarifying piece explaining why if you support the so-called Palestinians that you are pretty much a moron, and an immoral moron at that. And he is dead on, too.

In his July 28 piece, “Palestine Makes You Dumb,” Stephens made the salient point that in a war set in an urban area, civilians die. Period. It happened in WWII, it happened in Iraq, it’s happening in Gaza. It is what happens when an enemy hides its facilities among a civilian population.

Stephens goes on with another extremely important point. He points out that this body count we keep getting of dead Palestinian civilians is most likely completely bogus. Why? Because the media is using the numbers supplied them by… Hamas! The one group that has a vested interest in making sure there is a large civilian death rate–whether there really is one or not–is the one “reporting” those statistics. And the western media is lapping it up.

To cast doubt on the 82 percent civilian deaths statistic Hamas is reporting, Stephens notes that Hamas also reported exactly the same percentage in the 2008-09 Gaza conflict. Gee what a coinicdence, eh?

“When minutely exact statistics are provided in chaotic circumstances, it suggests the statistics are garbage,” Stephens says. “When a news organization relies—without clarification—on data provided by a bureaucratic organ of a terrorist organization, there’s something wrong there, too.”

“A reasonable person might conclude from this that Hamas, which started the war, wants it to continue, and that it relies on Israel’s moral scruples not to destroy civilian sites that it cynically uses for military purposes,” Stephen sensibly says.

Then are these two important, morally based paragraphs noting that this whole incursion is the fault of the so-called Palestinians, not Israel:

Let’s get this one straight. Israel is culpable because (a) it won’t accept a Palestinian government that includes a terrorist organization sworn to the Jewish state’s destruction; (b) it won’t help that organization out of its financial jam; and (c) it won’t ease a quasi-blockade—jointly imposed with Egypt—on a territory whose central economic activity appears to be building rocket factories and pouring imported concrete into terrorist tunnels.

This is either bald moral idiocy or thinly veiled bigotry. It mistakes effect for cause, treats self-respect as arrogance and self-defense as aggression, and makes demands of the Jewish state that would be dismissed out of hand anywhere else. To argue the Palestinian side, in this war, is to make the case for barbarism. It is to erase, in the name of humanitarianism, the moral distinctions from which the concept of humanity arises.

So, the upshot is, if you support the Palis, you are an immoral cretin who supports terrorism, lies, and murder. On top of that you aren’t very intelligent. 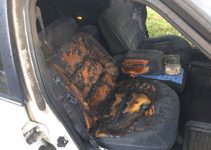