6) (Par4Course) – “President Pants Suit holds hands with the person she loves the most.”

The Readers Choice Award went to Paul Hooson’s winning entry – yes that’s a first… In its place we offer one more excellent, if familiiarly formatted, entry:

(yetanotherjohn) – “This week’s Weekend Caption Contest™ was massive (heart attack) success. The assignment this week was to caption the above picture:

1) (Hillary Clinton) – ““We came out of the White House not only dead broke, but in debt. We had no money when we got there and we struggled to, you know, piece together the resources for mortgages, for houses, for Chelsea’s education. You know, it was not easy.” ”

3) (Hillary Clinton) – “I’m not going to have some reporters pawing through our papers. We are the president.”

4) (Hillary Clinton) – “If I want to knock a story off the front page, I just change my hairstyle”

5) (Hillary Clinton) – “We have a lot of kids who don’t know what works means. They think work is a four-letter word.”

6) (Hillary Clinton) – “Who is going to find out? These women are trash. Nobody’s going to believe them.”

(Hillary Clinton) – “We are going to take things away from you on behalf of the common good.”

That’s all for this weekend. A new edition of the Wizbang Weekend Caption Contest™ will debut Friday morning.”

And that’s really a wrap for last week’s edition. This week’s winners will be announced shortly. 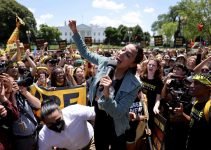 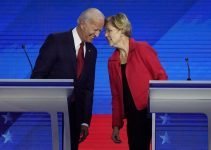