Senator Dick Durbin is at it again, lying through his teeth, this time about Obamacare. On Sunday’s Meet The Press, Illinois Democrat Durbin made the wild-eyed claim that ten million Americans found new health insurance thanks to Obamacare. He also claimed that Obamacare would lower the deficit. But even the Washington Post gave its worst rating to Durbin’s lies.

As the discussion shifted to healthcare during the Feb. 5 broadcast, host Bob Schieffer lamented that Obamacare is still confusing everyone and asked Durbin if there is “any hope of getting it straightened out”?

“Bob, let’s look at the bottom line. The bottom line is this. Ten million Americans have health insurance today who would not have had it without the Affordable Care Act–10 million.”

Then he lied about the deficit:

“And we can also say this. It is going to reduce the deficit more than we thought it would. We were seeing a decline in the growth of the cost of health care, exactly our goal in passing this original legislation.”

And then this snake-tongued liar gave his sales pitch:

I’m finding people, as I go across Illinois, who, for the first time in their lives, have an opportunity for affordable health insurance for their families. Now, there are many republicans who are wishing that this fails, hoping they can find any shred of evidence against it. But we had a bad rollout. Let’s concede that point. Since then, we are gaining steam. And I think, ultimately, we’re going to find you can’t go back. You have to extend the health insurance protection to the 25 million, 30 million Americans who will ultimately have it, and we’ll be a better nation for it.

Nearly every word of this is a lie.

To start with, the recent CBO report did not in any way say that Obamacare would bring down the deficit. On the contrary, the report said that the deficit will rise uncontrollably after 2015.

As to the millions that Durbin claimed have gotten new healthcare coverage, the Post fact checker noted, “Durbin appears to be combining two figures released by the administration,” and neither number is true.

The paper points out that the number pushed by the White House, that 6.3 million have gotten new insurance under Obamacare, is impossible to substantiate because there is no way to know if those that tried to sign up actually got an insurance policy and began paying premiums. The White House is making claims that it simply cannot prove and Durbin parroted these empty claims.

The paper went on to say that about all one can say about the number of people who have signed up and gotten new health insurance can amount to no more than 4 million and even that estimate is being “extraordinarily generous.”

In conclusion, the Post criticizes Durbin saying he “has little excuse for going on national television and claiming that every one of these people had been previously uninsured. This has now become a Four Pinocchio violation.”

Senator Durbin, however, is undaunted in his outlandish claims. After the Washington Post published its fact check, his office replied to the criticism. Durbin disagrees with the Post and said, “Fact check after fact check has confirmed that more than 9 million Americans have signed up for private health insurance or Medicaid coverage through Affordable Care Act. Many of the more than 9 million Americans are being covered for the first time. No matter the number of new enrollees, there is no question that the law is working and millions of people are realizing the benefits of affordable health coverage and the protections it guarantees.”

In reply, the paper noted that it is “unaware of any fact checks that have confirmed these figures as all ACA enrollments or evidence that ‘many’ of the enrollees are being covered for the first time.”

This is the same Senator who was caught lying in an email to supporters, a lie he sorta, kinda apologized for.

Back in October, Durbin claimed that one Republican told Obama that he “can’t even stand to look at” him in a meeting because: raaaacism!!

Of course, this claim of the thorough, racist dissing that Republicans delivered to Obama in a face-to-face meeting turned out to be a lie. But that didn’t stop Durbin from trying to use the lie to raise money in an email to supporters.

This is the same scumbag Senator that said our soldiers are Nazis.

Thought Police: Employers Will Be Forced to Inform Obama Why They're Firing Someone
New York Anti-Gun Zealot Arrested for Taking Gun to School, Wants Absolution 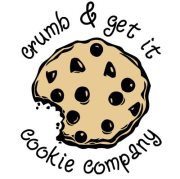