Common Core is a federally sponsored – likely to be mandated if your state wants federal funds – initiative to federally control what is taught and how it’s taught in local schools.

The Common Core State Standards provide a consistent, clear understanding of what students are expected to learn, so teachers and parents know what they need to do to help them. The standards are designed to be robust and relevant to the real world, reflecting the knowledge and skills that our young people need for success in college and careers.

I’m old enough to remember “new math”. Math was considered hard to learn by some so a new method of teaching it was devised, it was called “new math”. It fundamentally took logic and reason out of learning math, which is the foundation of math. It didn’t last long.

Common Core is doing the same thing, only this time it’s got the power of the federal government behind the idea along with billions of dollars.

Here’s a sample of a third grade math solution under Common Core, the problem is to subtract 43 from 67.

Got that? Let the engineer part of me be clear about this. There is nothing either robust or relevant about that so-called solution.

I would challenge you to think of Common Core as ObamaCore because it will do as much, or more, damage to our kids and to the nation than ObamaCare is doing to our health care system.

Let me note at this point in the discussion that one Vladimir Ilyich Lenin – a person probably unknown to most high school students today – once said,

Give me four years to teach the children and the seed I have sown will never be uprooted.

President Obama, through his universal pre-school initiatives and Common Core, will have your children from age two through age 18 at a minimum.

So far 45 states have accepted Common Core however, there’s an uprising afoot and some states are rethinking their acceptance. This program, like ObamaCare, was effectively snuck through the back door in the dead of night. It was developed by a group of foundations, primarily the Bill & Melinda Gates Foundation, completely off the public radar. It was then handed over to the US Department of Education they ran with the ball.

Let’s be clear, the Gates Foundation has yet to find a progressive cause they won’t fund.

Critics say several states are experiencing buyers’ remorse after complaints from parents and scholars that the reforms are untested and poorly designed and put additional burdens on teachers and students. They also say Common Core represents a federal government intrusion into an area traditionally operated at the state and local levels.

Now, however, backlash has been gaining force. Blogger Michele Zipp of The Stir last week said Common Core “is kind of turning into the Obamacare of education.”

Would it surprise you to find out that political indoctrination has made its way into the curriculum of Common Core (henceforth referred to as ObamaCore)?

Controversy erupted in 2012 when it was reported that recommended Common Core ELA informational texts included a New Yorker article that was sympathetic to the Affordable Health Care for America Act, also referred to as ObamaCare. President Obama’s Executive Order 13423, “Strengthening Federal Environmental, Energy, and Transportation Management,” was another recommended informational text.

This school year it was also revealed that pro-labor union reading material was being assigned to third graders as part of the recommended Common Core curriculum under the auspices of teaching students about American rights and responsibilities.

Or how about this little gem from the English curriculum for fifth graders on editing sentences.

“(The president) makes sure the laws of the country are fair,”

and “the commands of government officials must be obeyed by all.”

Here’s how Ze’ev Wurman, who was a U.S. Department of Education official under George W. Bush, is coauthor with Sandra Stotsky of “Common Core’s Standards Still Don’t Make the Grade” concludes a discussion of ObamaCore.

I believe the Common Core marks the cessation of educational standards improvement in the United States. No state has any reason left to aspire for first-rate standards, as all states will be judged by the same mediocre national benchmark enforced by the federal government. Moreover, there are organizations that have reasons to work for lower and less-demanding standards, specifically teachers unions and professional teacher organizations. While they may not admit it, they have a vested interest in lowering the accountability bar for their members. With Common Core, they have a single target to aim for, rather than 50 distributed ones. So give it some time and, as sunset follows sunrise, we will see even those mediocre standards being made less demanding. This will be done in the name of “critical thinking” and “21st-century” skills, and in faraway Washington D.C., well beyond the reach of parents and most states and employers.

Needless to say, the National Education Association is a very strong supporter of ObamaCore.

Education policy and standards are done best at the local level, the closer to the classroom the better. Conservatives believe that it is the responsibility of parents to raise and educate their children and that schools should work in concert with parents toward that end.

Common Core, ObamaCore, is taking the nation as far as possible way from that goal. We’re going to have more on ObamaCore stay tuned…

As The Rest of Us Suffer, Obama to Give Unions Free Pass on Obamacare Fees
12 Reasons Why Barack Obama is NOT One of the Best Presidents Ever * Part 2
Tags:Child Abuse, Common Core, education, It’s for the Children, ObamaCore, Reasons to Home School 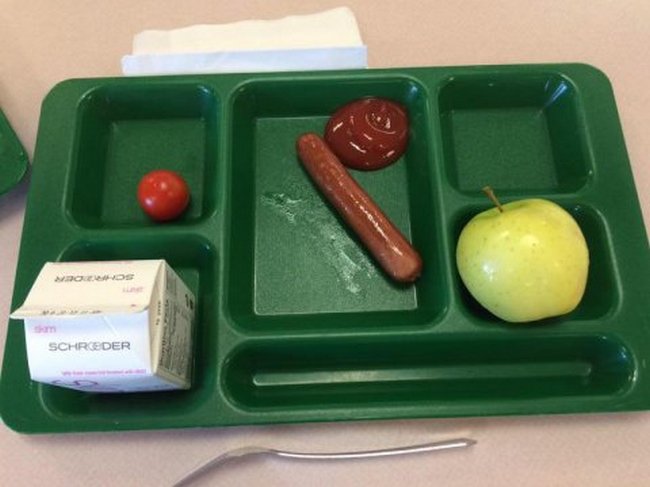