The Democrats and the media are always claiming that Republicans want dirtier air, more polluted water, and fewer people with health insurance. Here’s Obama in Real Clear Politics a year before the last the presidential election on 10/17/11:

The replublicans do what they believe, and they do not believe in Social Security, Medicare, Medicaid, clean air, clean water, food safety, public safety, public education, and there are some… not painting them all with the same brush…

And they are still waiving that red flag of Republicans as deregulators. Here’s Harry Reid on the floor of the Senate yesterday as reported in HotAir.

epublicans “have yet to produce a single shred of evidence that the regulations they hate so much do the broad economic harms they claim. That’s because there is none,” said Reid, the Senate majority leader from Nevada.

In a Senate speech, Reid said the Bureau of Labor Statistics has concluded “only a tiny fraction of layoffs have anything at all to do with tighter regulation.”

“Last year, only three-tenths of 1 percent of people who lost their jobs were let go principally because of government regulation or intervention,” Reid said. “On the other hand, a quarter of them were laid off because of lack of business.

So with such overwhelming support for the continued regulation of industries by the Democrats, and a Republican desire for filth, who is now calling for reduced regulations of an industry? Planned Parenthood and NARAL. The industry they claim will hurt women consumers? The Abortion Industry. Their claim? If you regulate it, consumers will be hard hit by the closing of marginal abortion factories, and forced to the black market. I first saw these quotes last night on Fox News Special Report who featured Charmaine Yoest of Americans United for Life. She pointed to the reaction of NARAL and PP, which I found in print at Patheos

Just so we’re clear here, regulation is good to protect air and water, but regulation is bad if it’s to protect unborn, or in some horrible cases, actually born live babies. Thanks for showing your true colors guys. We can safely ignore you now as rubes and hypocrites.

Gov't Obtains Phone Records of 100 Associated Press Reporters
Angelina Jolie: "I Made A Decision To Have A Preventive Double Mastectomy" 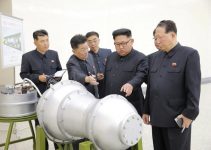