Home
Asshats
For His Trajectory, Obama is Right, ‘He Didn’t Build That’

Much has been made of President Obama’s “you didn’t build that” comment made early in June at a campaign stop in Roanoke, Virginia. Comments range from the disingenuous claim that he only meant that successful folks didn’t themselves go out and build roads and bridges to the thought that his comment revels his desires to credit the nanny state with all things good in the world. But one thing seems evident. From his perspective he’s right. Wealth and fame are easy and really don’t require much work.

An extended look at Obama’s trajectory to wealth and fame explains his attitude quite well. Upon examination, the phrase “you didn’t build that” seems quite apropos. After all, his entire life has been one handout from others after another and it doesn’t seem that he had to put much work into anything he’s ever done to become part of the one percent. All he had to do was walk around “being” Obama and it all was just handed to him by the great affirmative action administrator in the sky.

At first one might think that his earliest days would have produced a man of hard luck. His addled, useless, philandering father left him when he was young. And unfortunately for young Barry, his mother was a starry-eyed agitator without much interest in child rearing. She was one enamored of everything outside her experience, unhappy with life “here” — wherever that was at the time — and always thinking every other culture was better than the American hell she was born into. In other words, his mother was a typical liberal.

But Barry was lucky when he was passed off onto his rather well-to-do grandmother who was able to put him in a school that was better than average. And, let’s face it, Barry was a bright and precocious kid, curious about things and blessed with a winning personality.

It was this persona that brought the boy into the limelight. His unrooted and drifting early life seems to have made of him an outgoing type as opposed to a sullen, inwardly looking kid. People liked Barry and he used that for all it was worth.

It was apparently worth a lot.

He did well in his schools, but it was his personality that got him the most plaudits. He was always assumed to be “going places” and people treated him accordingly despite that there wasn’t any real accomplishment behind that assumption. As his future Joe “the sheriff” Biden once said, he was clean and articulate, so he seemed destined for something, anyway.

It wasn’t long before he was plying wealthy donors and every scholarship he could to find to get himself into the best schools. There he plied that knowing glance and flashy smile into accolades from, professors.

We might say he was an excellent student, but we have no basis for saying so. He’s succeeded in blocking any investigation into his grades and long blocks of years of his college days are missing from the public record. His college days are of such stealth that there isn’t a student anywhere in his graduating classes that can remember ever seeing him. But whether he was a top student or not is immaterial as he was felt to be a top student, one that was going somewhere.

After this high priced schooling he went on to become a “community organizer,” a profession with no real definition but one perfect for a guy that is “going places.”

From here he used that knowing glance to convince people he was the guy for things. What things no one knew, but they knew he was going places.

With the help of influential people he engineered a few political victories but in these positions he left no real mark, no legacy or legislative record. But he didn’t need accomplishment. He was a man on the move.

He wrote a few memoirs even though he didn’t have many real accomplishments to talk about, but once again, that didn’t matter because he seemed to understand the angst of his race. And his angst was going to make him famous because it was a gentle angst, one infused with that knowing glance and a winning smile, not one of outward anger and hate.

Thus before he knew it he was one of life’s winners with a big house gotten for him by shady real-estate deals, high government offices gotten by the shenanigans of this backers, limo rides and vetting by the most powerful people in the nation.

Then he ascended to the highest office in the land from which he’s gone on vacation and played golf more than any combined number of past presidents.

So, when he denigrates the successful in this country, when he assumes that no one built his wealth, well, it’s to be understood. Obama has spent a lifetime becoming rich and famous without ever having to lift a finger to build it for himself.

It’s no wonder he thinks getting rich is easy. It was easy as pie for him.

From the “I told you so File” – Obama hits the Boy Scouts.
Newest Obama Ad So Outrageous Even Lapdog Media Calls it Lies 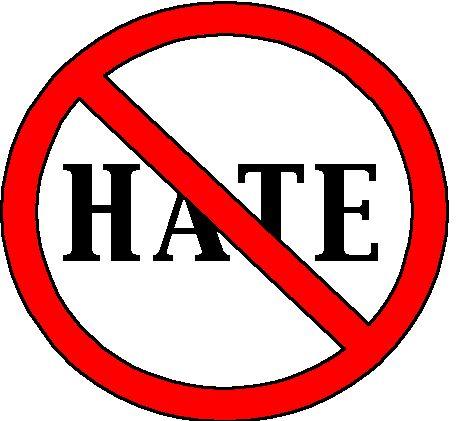