Back on May 24 I posted a story on convicted domestic terrorist Brett Kimberlin who had launched a crusade not only to drag some conservative bloggers to court with nuisance lawsuits, but to try and intimidate them by posting things about their personal lives like phone numbers, addresses and that of the blogger’s family members. The worst of this attack has been born by blogger Aaron Worthing and Ali Akbar of the National Bloggers Club, the latter the man who came to Worthing’s defense to range a legal team for him. Worthing was dragged to court by convicted Indiana bomber Kimberlin and after a convoluted case Worthing was actually jailed by a half-wit, elderly judges whose ancient misunderstanding of what goes on on the Internet led to a horribly bad decision that we all expect to have overturned in further proceedings.

Mr. Akbar on the other hand, was attacked by Kimberlin and his henchmen online after affording Aaron Worthing the assistance of his National Blogger’s Club. Michelle Malkin did a great write up of Akbar’s initial involvement in the case on June 6.

Since Mr. Akbar’s involvement in Worthing’s defense, domestic terrorist Kimberlin and his pals attempted to smear Mr. Akbar’s good name by posting about an incident that got him in trouble in his tumultuous youth. Akbar effectively explains himself here.

But his own actions make a liar of him. On April 20 a group of conservative bloggers got together for Blogcon 2012 in Charlotte, NC. Guess who snuck in and “infiltrated” the event? That’s right, Brett Kimberlin snuck into the event. Now, if this creep just wanted to be left alone by these darned ol’ conservative meanies, why exactly did he drive all the way from his Maryland home to Charlotte, NC to “infiltrate” a conservative gathering, one which he was not a subject of and one to which he was not invited?

Obviously this cretin is loving the attention and is using his nuisance lawsuits as a political weapon with which to intimidate and shut up as many conservative bloggers as he can.

But Kimberlin won’t be allowed free reign. Along with the National Bloggers Club, heavy hitters the American Center for Law and Justice has announced they are throwing their support behind Aaron Worthing.

This has happened to several bloggers recently, most notably Erick Erickson of the popular conservative blog RedState.com and Patterico of the blog Patterico’s Pontifications.

As a result of all this misuse of police resources, Georgia Senator Saxby Chambliss has demanded that the Department of Justice look into the matter. Chambliss sent a letter to U.S. Attorney General Eric Holder on the sixth. The letter reads in part:

I am writing with concern regarding recent reports that several members of the community of online political commentators have been targeted with harassing and frightening actions. Any potentially criminal action that incites fear, seeks to silence a dissenting opinion, and collaterally wastes the resources of law enforcement should be given close scrutiny at all levels.
….

Regardless of any potential political differences that may exist, threats and intimidation have no place in our national political discourse. Those who choose to enter into that political discourse should not have to worry about potential threats to their or their family’s safety. While I am certain that local law enforcement is reviewing each of these instances, I am asking you to please look into each of these cases as well to determine if any federal laws may have been violated. Future targets of SWAT-ting, whether engaged in political speech or not, may not be so fortunate as to escape physical harm.

All this tends to show the extreme ends to which left-wingers will go to shut down thought and speech with which they disagree. The left is dangerous but we on the right must not be intimidated by these creeps.

Chicago Bloggers Onto Obama's Membership in Communist Group Early
All of these things are just like the other ... 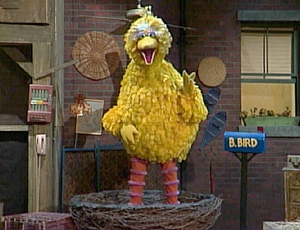