This week’s Weekend Caption Contest™ was another success even with the holiday. The assignment this week was to caption the following picture: 1) (sarahconnor2) – “Trust me, Sir. You don’t want to accuse the Republicans of creating a ‘Dog-eat-dog’ environment in Washington.”

2) (Rodney Dill) – “…but do you really think appending ‘President Obama also attended Harvard’ to Ted Kaczynski’s school profile is such a good idea?”

4) (iwogisdead) – “How many characters are in ‘Everything is someone else’s fault?’”

5) (Oysteria) – “Where’s the key to sell my Facebook stock?
But you’re selling it at a loss, sir
That’s okay. It wasn’t my money anyway”

6) (GarandFan) – “Mr President, do you always sign your pubic comments with the name Charles Johnson?” 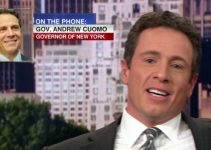