Home
American exceptionalism
Can NASA go back to Aeronautics and Space now? On Thursday, Dec. 2, Rosie Redfield sat down to read a new paper called, “A Bacterium That Can Grow by Using Arsenic Instead of Phosphorus.” Despite its innocuous title, the paper had great ambitions. Every living thing that scientists have ever studied uses phosphorus to build the backbone of its DNA. In the new paper, NASA-funded scientists described a microbe that could use arsenic instead. If the authors of the paper were right, we would have to expand our notions of what forms life can take.

Redfield, a microbiology professor at the University of British Columbia, had been hearing rumors about the papers for days beforehand. On Monday, NASA released a Sphinxlike press release: “NASA will hold a news conference at 2 p.m. EST on Thursday, Dec. 2, to discuss an astrobiology finding that will impact the search for evidence of extraterrestrial life.” Like a virulent strain of bacteria, speculation exploded over the next three days. “Did NASA Discover Life on One of Saturn’s Moons?” asked Gawker, a Web site that does not often ask questions about astrobiology.

As soon Redfield started to read the paper, she was shocked. “I was outraged at how bad the science was,” she told me.

Redfield blogged a scathing attack on Saturday. Over the weekend, a few other scientists took to the Internet as well. Was this merely a case of a few isolated cranks? To find out, I reached out to a dozen experts on Monday. Almost unanimously, they think the NASA scientists have failed to make their case. “It would be really cool if such a bug existed,” said San Diego State University’s Forest Rohwer, a microbiologist who looks for new species of bacteria and viruses in coral reefs. But, he added, “none of the arguments are very convincing on their own.” That was about as positive as the critics could get. “This paper should not have been published,” said Shelley Copley of the University of Colorado.

None of the scientists I spoke to ruled out the possibility that such weird bacteria might exist. Indeed, some of them were co-authors of a 2007 report for the National Academies of Sciences on alien life that called for research into, among other things, arsenic-based biology. But almost to a person, they felt that the NASA team had failed to take some basic precautions to avoid misleading results.

I’d like to see NASA recapture the attention and admiration of America and the world by turning back to aeronautics and space and leave this stuff, its global warming focus and its outreach to Muslims to others.

Seems to be the smart thing to do. 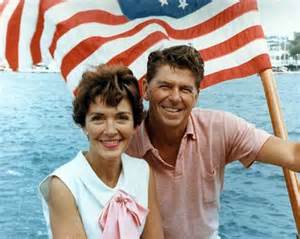