Home
Scandals
"I certainly thought the call was inappropriate" “I did place a call to Ms. Hill at her office extending an olive branch to her after all these years, in hopes that we could ultimately get past what happened so long ago,” Virginia Thomas said through a spokesman. Mrs. Thomas, a longtime conservative activist, has lately taken a more visible role by founding a tea-party group called Liberty Central.

“I certainly thought the call was inappropriate,” Ms. Hill said through a Brandeis spokesman. “I have no intention of apologizing because I testified truthfully about my experience and I stand by that testimony.”

Ms. Hill said she initially assumed the call, which a Brandeis spokesman said came in at 7:30 a.m. on a Saturday, was a prank. She notified campus security, Brandeis spokesman Charles Radin said, which in a routine procedure alerted the Federal Bureau of Investigation.

Representatives of Brandeis said they were unaware of any other contact between Mrs. Thomas and Ms. Hill since the aftermath of the confirmation hearings in 1991.

“Good morning, Anita Hill, it’s Ginni Thomas,” the message went. “I just wanted to reach across the airwaves and the years and ask you to consider something. I would love you to consider an apology sometime and some full explanation of why you did what you did with my husband. So give it some thought and certainly pray about this and come to understand why you did what you did. Okay have a good day.”

The transcript was first published by ABC News.

We live in curious times don’t we?

Was Christine O'Donnell's Constitutional gaffe really a gaffe?
A Brit sees the greatness of Ronald Reagan.
Why can't some Americans? 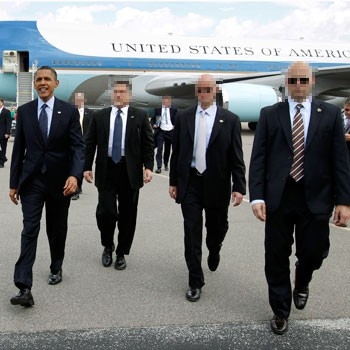