This week’s Weekend Caption Contest™ was another smashing success. Last night’s database problems delayed my judging window, causing a delay in announcing winners. The assignment this week was to caption the following picture: 4) (sarahconnor2) – “A tragic last photo of Lady Gaga as she prepares to make her entrance at Michael Vick’s surprise party.“

"Is the American dream dead for me?"
Last Weekend's Caption Contest™ Winners 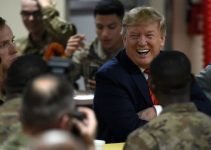