In a move indicating that somebody in the NRSC was thinking, they’ve rightly reversed course on supporting newly crowned Delaware Senatorial candidate and Tea Party backed Christine O’Donnell:

In a clear sign of the grassroots pressure on Republican leaders, National Republican Senatorial Committee Chairman John Cornyn just put out a statement embracing Christine O’Donnell — a dramatic contrast with his group’s curt response last night — and writing her a big check.

It’s a remarkable reversal, and a vivid illustration that the base is in charge and has the leadership running scared.

Let there be no mistake: The National Republican Senatorial Committee – and I personally as the committee’s chairman – strongly stand by all of our Republican nominees, including Christine O’Donnell in Delaware.

This after Karl Rove took a stupid pill or two last night on Sean Hannity’s show:

“I’ve met her. I wasn’t frankly impressed by her abilities as a candidate,” Rove said during an interview with Fox News’ Sean Hannity. “One thing that O’Donnell is now going to have to answer in the general election that she didn’t in the primary is her own checkered background.”

“There were a lot of nutty things she has been saying that don’t add up,” Rove added.
“Why did she mislead voters about her college education? How come it took nearly two decades to pay her college bills so she could get her college degree? How did she make a living?”

Hannity attempted to defend O’Donnell, saying the allegations “seemed to be trumped up charges from my standpoint that the republican establishment was against her.”

“I’m for the Republican,” Rove said. “But we were looking at eight to nine seats in the Senate. We are now looking at seven to eight in my opinion.”

Republicans have the best shot they’ve had in a long time to make extraordinary gains in Congress here in a few weeks… but you take the NRSC’s and Rove’s absolute idiocy last night and you can’t help but think that they’re going to snatch defeat from the jaws of victory.

At one point will the Republicans learn?  What kind of idiot can’t read these tea leaves?

Upset in Delaware
Neck And Neck 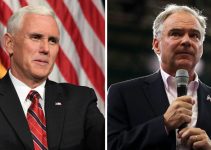