It was a beautifully sunny day, perfect temperature, a nice breeze swept over those 3,000 or more gathered, and, in fact, you couldn’t ask for a better out doors experience. But beyond the wonderful weather was the upbeat enthusiasm bubbling up from crowd and speakers alike. This was no down in the dumps group. They were ebullient and thrilled to be out and active for the conservative cause. The crowd as seen from the main stage This recall election is a total sham. For one thing it is practically illicit. The Democrats never gave Walker a chance to do anything before claiming he needed to be recalled for cause. They’ve abused the recall law, too. Officials are supposed to be recalled for malfeasance in office, not mere political temper tantrums. One way to prove that these leftists violated the spirit of the law is the recall Walker website was registered the same day Walker was elected!

Yet, curiously enough there was no hate spewed — though certainly opposition expressed. There was also no upside down American flags, no communist propaganda, no signs with anyone called “Hitler,” and on top of all that there wasn’t a scrap of garbage left on the ground after everyone left. Not much like an Occupy Whatever rally, eh?

The morning started with the Americans For Prosperity bus pulling in and a short address by AFP President Tim Phillips who was introduced by California talk show host Tony Katz. Katz also emceed the later Racine rally, as well. About an hour later or so the Racine Tea Party folks started their rally at the main stage. Katz on the main stage

Once again Tony Katz started the ball rolling and warmed up the crowd nicely. After he spoke a string of speakers came to the podium some of whom were Racine TP coordinators as well as Representative Paul Ryan, Breitbart BigJournalism.com editor Dana Loesch, Wisconsin Lt. Governor Rebecca Kleefisch, State Senator Van Wanggaard and others. Dana Loesch was on fire with her usual high-energy delivery as she slammed the unions, the extreme left and gave Obama and his left-wingers what fer. The day was a wonderful example of real grassroots organizing, pure American spirit, and local community concern. As to activism, both local folks and the big guns of AFP were present to stir those that attended showing that there is room for all. I spied Steve Eggleston of No Runny Eggs blog, a great Wisconsin blog. Also saw some Chicagoans at the rally. Fran Eaton of Illinois Review and Rebel Pundit were both in attendance. In fact, Mr. Rebel Pundit was taking some video, so once he’s crunched it all and posted it I’ll come back into this post and update. Additionally, I met AFP Illinois leader David From.

Finally, speaking of Illinois, there were several references to our less than great state from that podium as several speakers warned Wisconsin not to become Illinois. It is a fitting warning, indeed. That would be me and the forever cool Chris Loesch back stage… I’m the one with a bit more hair on my face… oh, and the fedora (that would be a 1940s era Stetson Flagship).

Real Debate Wisconsin will be adding videos of the event throughout the evening.

Here is some more video: 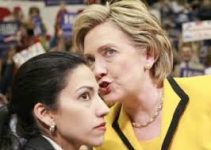