This week’s Weekend Caption Contest™ was another monster hit. There were many, many excellent captions which made picking winners difficult. The assignment this week was to caption the following picture: 3) (Justrand) – “After being told the New Black Panther party was preparing to “kill Crackers and their babies” Michelle Obama briefly broke protocol.“

5) (Pretzel Logic) – “For the first time in my adult lifetime I am proud of my dress designer.“

6) (Jeff Blogworthy) – “For the first time in my adult life, I’m not wearing a ridiculous high-waisted belt.“

The Readers Choice Award this week went to sarahconnor2’s winning entry. In it’s place I present the also excellent runner-up: 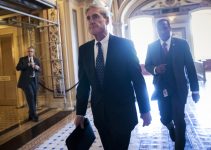