This week’s Weekend Caption Contest™ was another monster hit. There were many excellent entries, so many that I could not honor them all. Anyway, the assignment this week was to caption the following picture: 1) (IowaRight) – “The bookstore clerk did the best he could. He had never been asked for do-it-yourself books on how to run a country before…“

5) (sarahconnor2) – “Too bad he’s not picking up some books in the diplomacy and etiquette department.“

6) (guido) – “Haha, these idiots actually wrote these themselves!“

The Readers Choice Award this week went IowaRight’s winning entry. In its place we recognize the next highest vote getter:

Bankrupting Liberty
What A Week: ObamaCare, Race Baiting and Parachuting Into Afghanistan 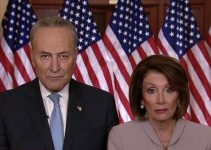 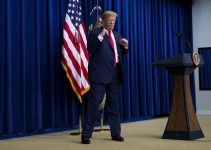