This week’s Weekend Caption Contest™ was smashing success. I suspect we’re going to be seeing plenty of the new Vice President when it comes to the caption contest. I realize I’m probably dating myself in the winner’s selection, but it’s not everyday that you get such and optimal use for a “Short Circuit” reference. The assignment this week was to caption the following picture: 2) (iwogisdead) – “Sure, sailor, we can use this robot to dismantle bombs, but only as long as it doesn’t replace any union workers.“

4) (Al Pennam) – “One of these is a cold, soulless automaton; its behavior strictly governed by its programming; member of a group which may someday rise up to enslave all of mankind.

The other’s a robot.”

6) (Pretzel Logic) – “Remember son, I was not briefed on this, understand?“

(GMAC) – “Yes VP Biden, this is the new tank we got because of the budget cuts.” 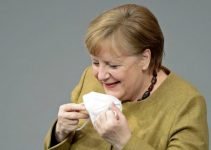