This week’s Weekend Caption Contest™ was Governator hit. The assignment this weekend was to caption the following picture: 1) (Jeff) – “After 40 years in the United States, Arnold Schwarzenegger still struggles with english and clearly misunderstood his aides when they told him he need to provide a stool sample.“

4) (Aye Chihuahua) – “With a five gallon pail of softener, we can pass this stool.“

The Readers Choice Award this week went to Jeff’s winning entry. In its place we honor another the runner up:

(fustian) – “Strangely, even with California on the brink of economic collapse, the Governor refuses to cut funding to Skynet.“ 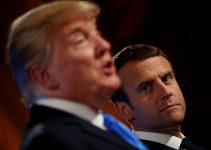